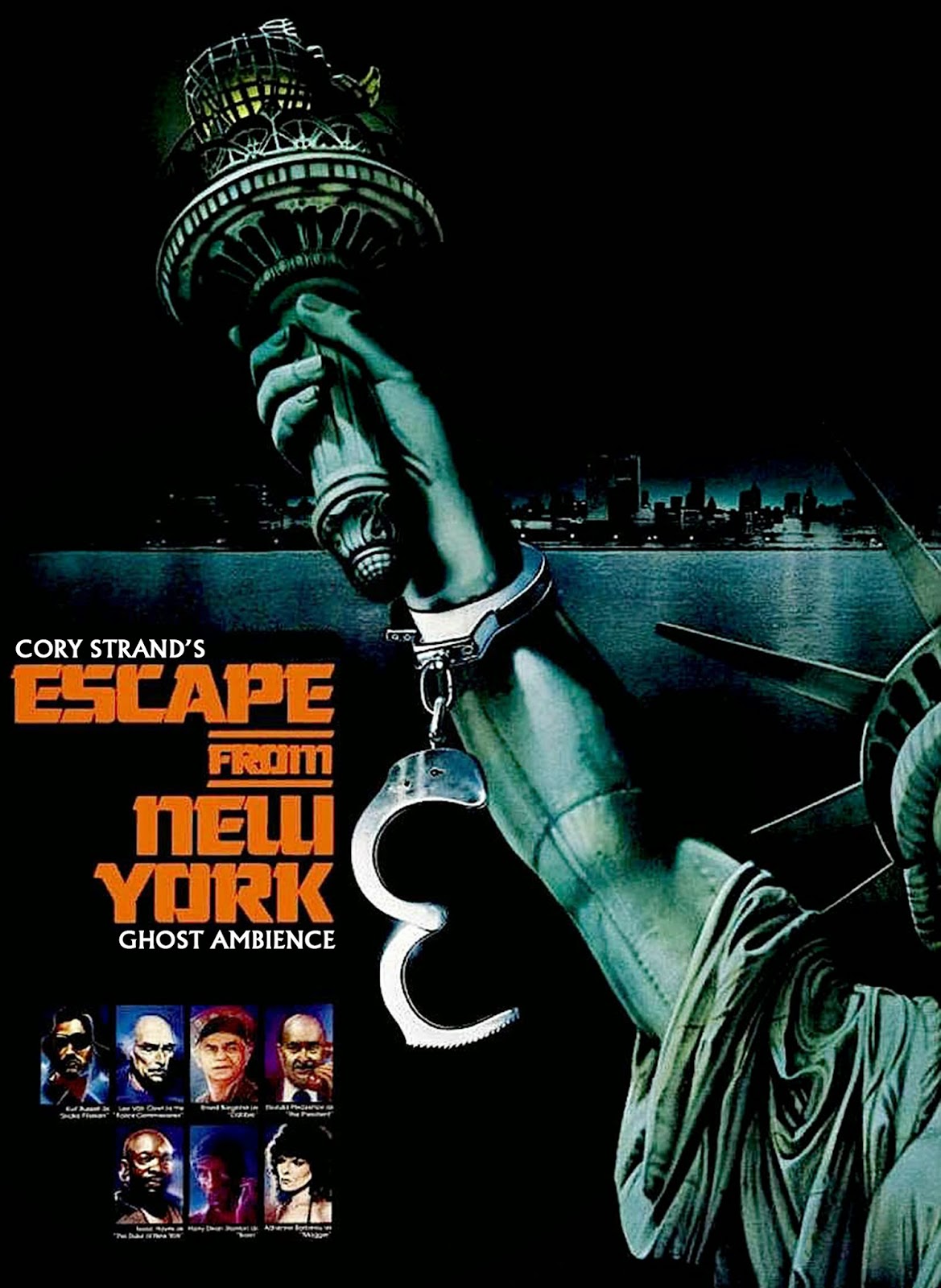 This is a tangential recording created from audio elements used in my HNW reconstruction of the film for my "A Year Of Carpenter" subscription series.  I liked the sound and atmosphere of this rework so much that i've decided to release it as a stand-alone project.  "Escape From New York - Ghost Ambience" is the entire audio track of John Carpenter's landmark film blurred out into a swathe of washed out, deeply ambient/echoey drone beauty; it is essentially a "ghost" of the film.  At once both extremely creepy/unsettling and incredibly lovely and melodic, this is a new way of taking in the film.  Even I was surprised by how cool this one sounds!
Packaged in a DVD case in a limited edition of 5 hand-numbered copies.  $15 ppd. in the United States, $28 rest of world.

ORDER HERE: www.altarofwasterecords.storenvy.com
Posted by Author at 8:38 AM