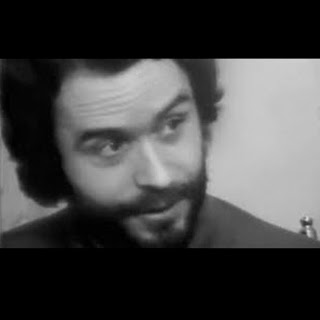 New Lethe work for Occult Supremacy Productions, an extension of my work dealing with Ted Bundy begun on my very first physical release, "Theodore Robert Bundy."  Whereas that album was comprised of original walls and drones meant to reflect Bundy's disintegrated mental state at the time of his murders, "1989 Confessions, Vol. One" explores a different aspect.  Two lengthy pieces, here, one drone based and the other more akin to HNW, sourced and created from Bundy's confessions to various law enforcement agencies in 1989, as he attempted to trade information on unsolved murders for a stay of execution.  It's unsettling stuff and I think a certain darkness comes through in the recordings.  This will be an ongoing series of albums released through Occult Supremacy.

ORDER HERE: www.altarofwasterecords.storenvy.com
Posted by Author at 7:31 AM