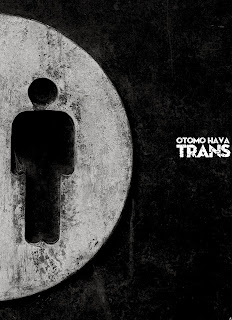 Massive new work of wallcraft from Otomo Hava, a double album set dedicated to transgender and gender nonconformists the world over in praise of their resilience.  Whereas the last Otomo Hava set released on AOW was rife with nervousness and buzzing static anxiety, the two walls on "Trans" are scathing, bass-heavy destroyers that simply do not relent at any point in their runtimes.  Almost belligerent in their intent and focus, these pieces convey a sense of brutality and refusal, a sort of unwavering permanence that speaks to their creator's passion for the chosen subject matter.
Altar Of Waste is very pleased to release this work.  A very personal statement for the artist, which I will not cloud over with my own interpretations.  I will let the music and Thomas Havales' own words convey the meaning.
Packaged in a DVD case in a limited edition of 20 hand-numbered copies.  $15 ppd. in the United States, $27 rest of world.

ORDER HERE: www.altarofwasterecords.storenvy.com
Posted by Author at 5:28 AM