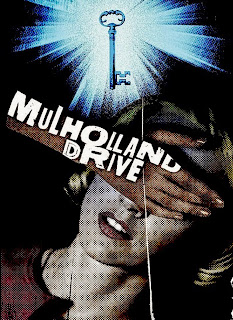 Companion volume to the larger ten disc set.  This single CDr rework of the "Mulholland Drive" soundtrack uses the entire OST as one piece (each song played back to back), which I manipulated and then processed into a gargantuan HNW suite (i realize that to not have some sort of audio violence in a rework to this film would represent something of a failure on my part in recognizing the film's overall tone and atmosphere.)  Far from being stagnant, this is a towering, undulating composition, encompassing moments of all out sludge drone, ANW, HNW, and various floating bits of noise detritus.  One of my most dynamic works, for sure.
Packaged in a DVD case in a limited edition of 5 hand-numbered copies.  $10 ppd. in the United States, $23 rest of world.