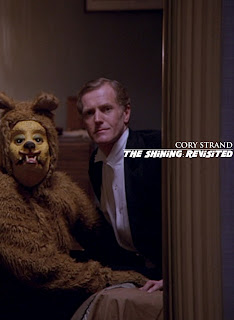 More explorations of Wendy Carlos and Rachel Elkind's masterful and disturbing score to Stanley Kubrick's brilliant film The Shining, this time using the track "Rocky Mountains" as the source.  While my last work with The Shining's soundtrack focused on the violence and severe psychic fracturing depicted in the film, "The Shining: Revisited" seeks to map out the very presences existing in the Overlook Hotel itself, the dark and pungent pockets of evil where indifferent and blindly cruel forces make themselves manifest on realities coaxial to their own.  Engulfing, oppressive, and drowning in contempt comingled with wry bemusement and mockery, these three discs represent some of the most very frightening drones I've created, a feverish evocation of the myriad horrors lurking behind the doors of the Overlook.  There are forces lurking in the shadows, stinking of malevolence and boredom.  While Carlos and Elkind's original work stands unrivaled, I can only hope I have created something of value to add to the existing mythology.