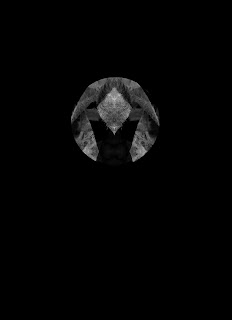 Amazing, utterly crushing and bleak new HNW project from James Shearman (A Raja's Mesh Men) exploring the world of Richard Adams' fantastic novel Watership Down.  It's one of my very favorite books, and when I first heard this record, i was amazed how wonderful a job James has done in creating the nightmarish atmosphere of unrelenting dread and horror that permeates the novel (and the film; the film's aura of total horror comes through extremely well on this album.)  The four walls here are all massive and devastating, roaring cascades of fuzz and distortion that suggest viciousness, feral primacy, and wide-eyed, totally haunted fear.
I immediately knew I wanted to release this on AOW; it's absolutely astounding, a breathtaking collection of immersive textures and sludged-out severity that does its source material proud.
The record can be streamed in its entirety here:

Packaged in a DVD case with beautiful artwork by James himself.  (There will be a very limited cassette version of this release on AOW in the future, which will include a booklet of James' drawings for the project.)  Released in a limited edition of 10 hand-numbered copies.  $10 ppd. in the United States, $26 rest of world.