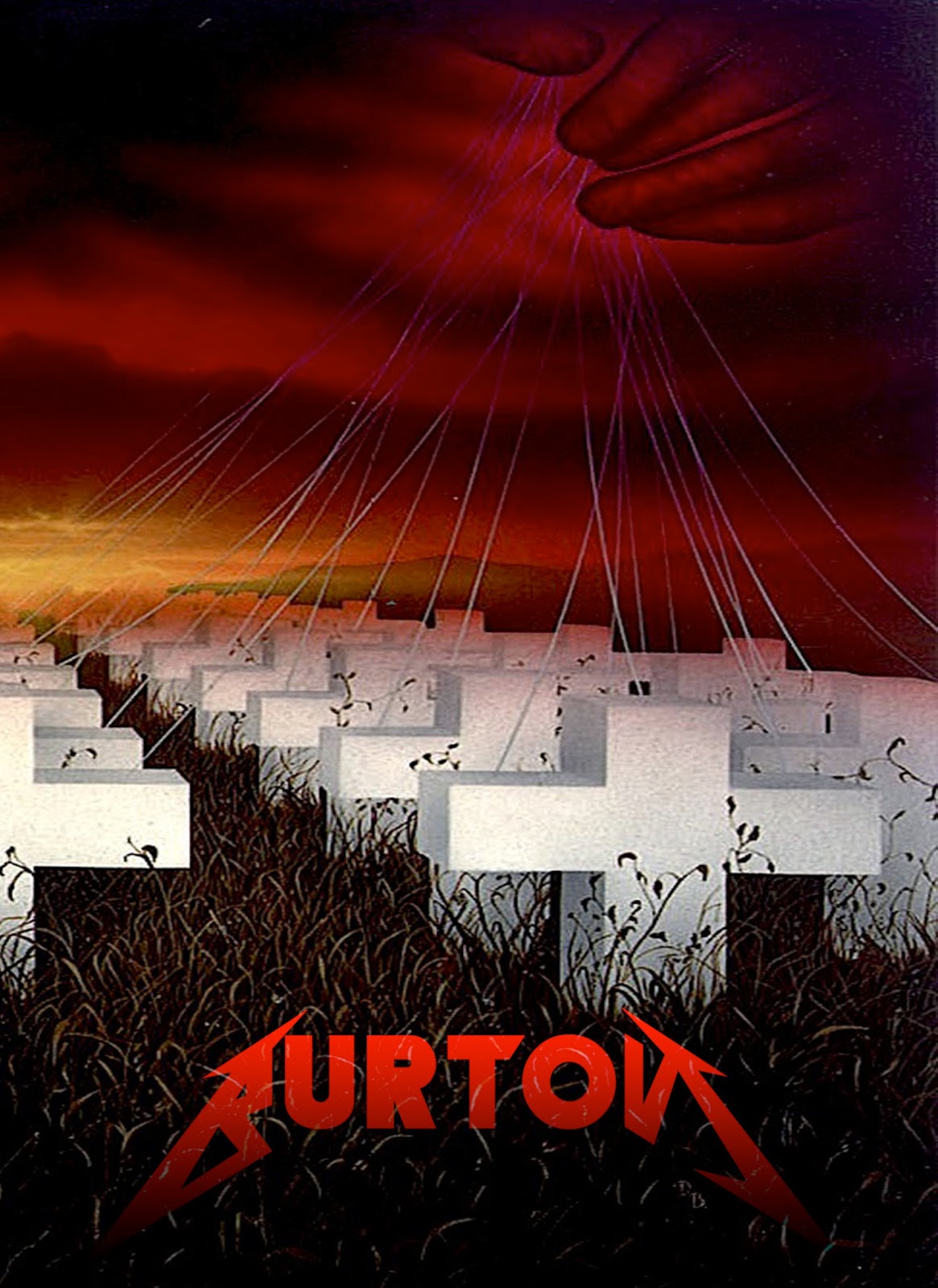 When I was finishing up Burton's "Dying Time Is Here" album, I got so taken with the overblown version of "Damage, Inc." i created (entitled "Damage Jackals" on "Dying Time Is Here") that I decided to record a version of "Master Of Puppets" the same way, in its entirety.  So what you have on "Mastery" is something kind of weird, unique and a lot of fun to listen to if you enjoy noise.  It's a sonic experiment of sorts.  Everything here is pushed WAY into the red and accompanied by my usual assemblage of rumbling echoes and distant washed out windswept grit.  The end result is "Master Of Puppets" but at the same time something that isn't "Master Of Puppets," a work that resembles that album but goes beyond it towards a level of intensity that metal on its own cannot quite achieve.  An embrace of adolescent nostalgiah swathed in brutality.  Enjoy this one-it's an outlier.  If people like it, i may do the other albums in a similar manner!
Packaged in a DVD case in a limited edition of 5 hand-numbered copies.  $10 ppd. in the United States, $23 rest of world.

ORDER HERE: www.altarofwasterecords.storenvy.com
Posted by Author at 10:20 AM