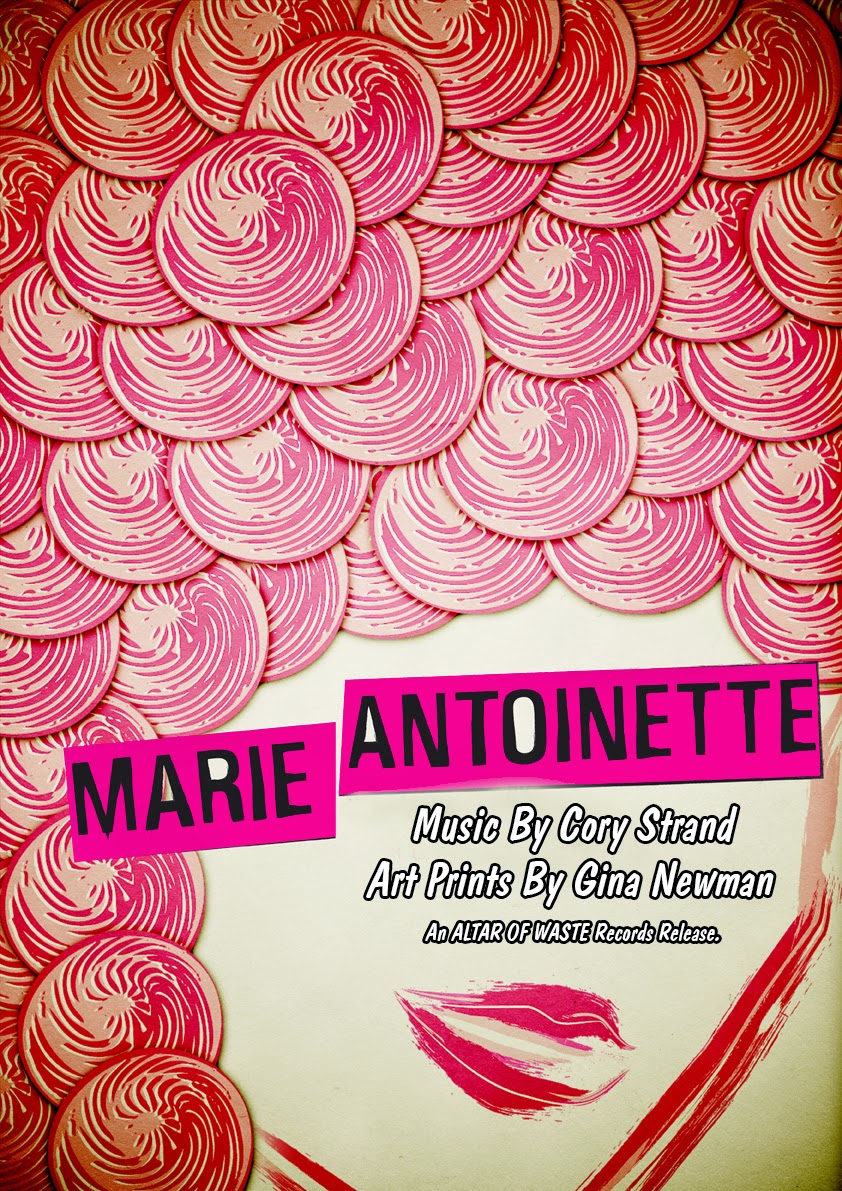 For the 200th release on Altar Of Waste (who the fuck would have thought i would ever get there?) my girlfriend and I decided to create something special that really honored what the true purpose of the label is.  Having collaborated last summer on "The Bling Ring: A Reinterpretation," we opted to go with another Sofia Coppola film and do something a little more grand.  "Marie Antoinette: A Reinterpretation" is my massive rework of the soundtrack to Sofia's beautiful film, transforming the tracks into pristine and achingly sad yearning weepdrones, an echo of the emptiness and loneliness that permeate the film.  "Marie Antoinette" is a film both entranced and dismayed by posture and aesthetics, a meditation on isolation that also happens to be insanely gorgeous to look at.  My work here is probably the loveliest music i've created, very much in line with my work with the "Harry Potter" series of films.  Deep Tim Hecker/Troum territory.
Gina created a set of art prints to include with each set as well.  Working in her usual style of very meticulous linework and strong black/white contrasts, her pieces capture key moments and objects from the film that convey Coppola's twin foci of excess and emptiness.
Packaged in a painted box with paste on covers.  Each set contains my 11 CD rework of the OST (packaged as three separate 3DVD cases + a 2CD fold over cover in a clear plastic bag, all of which utilize artwork and images from the film) as well as two of the original prints from Gina (suitable for mounting/framing), along with a facsimile set of the entire series of prints, an insert signed by both Gina and me, and some other ephemera.  Available in a limited edition of 5 hand-numbered copies.  $85 ppd. in the United States, $98 rest of world.

ORDER HERE: www.altarofwasterecords.storenvy.com
Posted by Author at 8:21 AM