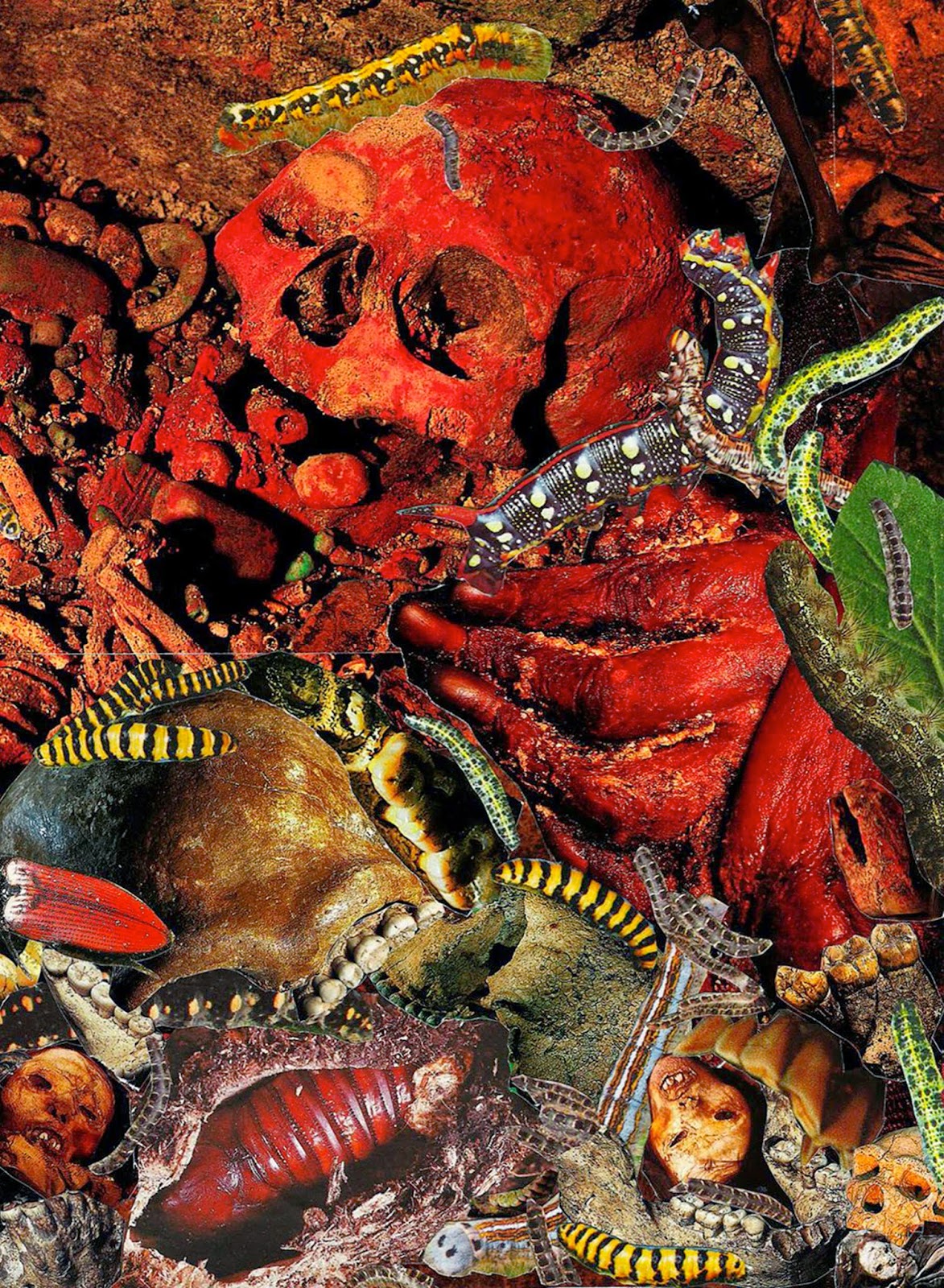 Devastating split of horror drone obscurity and all-out noise terror sculpting from the nightmare-inducing Tenebrious and the industrialized esoterica of Mowlawner.  The alst Etnebrious record I released on AOW still stands a favorite; the group's ability to meld HNW severity with fear-laden dread and suffocating horror atmospherics is on full display here in their two pieces, resulting in a miasma of sound that is distinctly cinematic and incredibly unsettling.  Mowlawner's pieces work in a more bludgeoning manner but one that is no less emotionally draining; alongside some intense sonic punishment there is a stoic beauty and transcendent sort of desire hidden in the compositions that lets them reach beyond, deep into the listener's subconscious.  There is an amazing amount of detail in this split; multiple focused listenings will be amply rewarded.
Packaged in a DVD case in a limited edition of 20 hand-numbered copies, with beautiful grotesque collage artwork from Wladimir Vladimir.  $10 ppd. in the United States, $23 rest of world.

ORDER HERE: www.altarofwasterecords.storenvy.com
Posted by Author at 7:58 AM