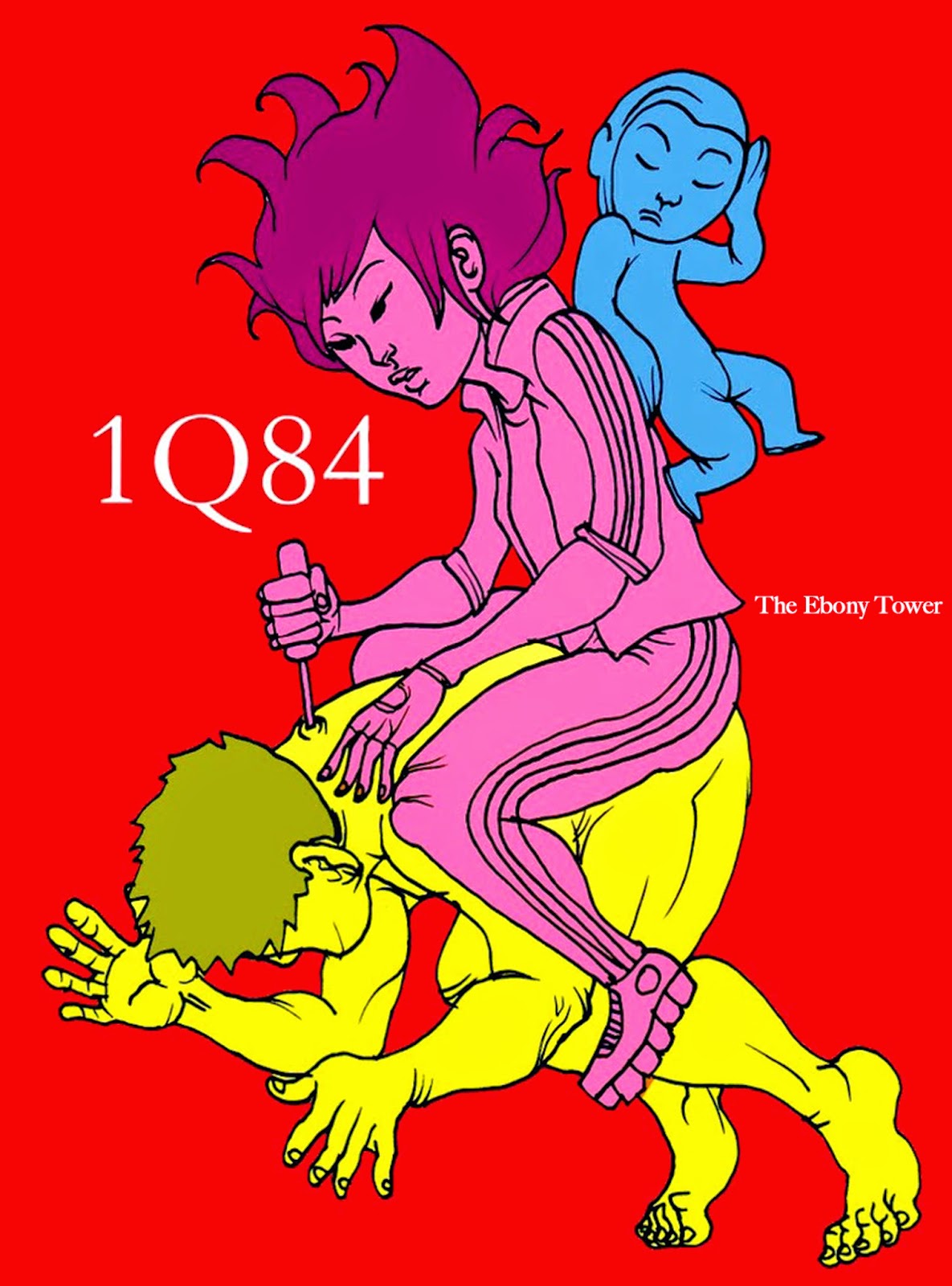 New and lengthy work from The Ebony Tower, a very focused HNW project that bases all of its music on great works of literature.  This release tackles Haruki Murakami's recent novel "1Q84"; while I have not yet read the book (although I have read other Murakami works), Mitchell (of The Ebony Tower) told me that it "asks a lot of questions and then doesn't answer them."
The resultant work takes the same approach.  This is incredibly meditative HNW; while on their surfaces the pieces appear to be very static, almost zen-like in their obstinance, deep and intent listening will reveal a dizzying multitude of minute textures and tones at work.  This is one of the best HNW works i've heard in some time, and I am honored that AOW is releasing it-this sort of work is emblematic of the label's mission and aesthetic.  "1Q84" will numb you, sedate you, transport you, and will ultimately allow you ascension and transcendence if you give yourself over to it fully.
Packaged as a triple volume set in double DVD cases, each with their own artwork utilizing interpretive images drawn from passages in the novel.  Released in an edition of 10 hand-numbered copies.  $35 ppd. in the United States, $48 rest of world.