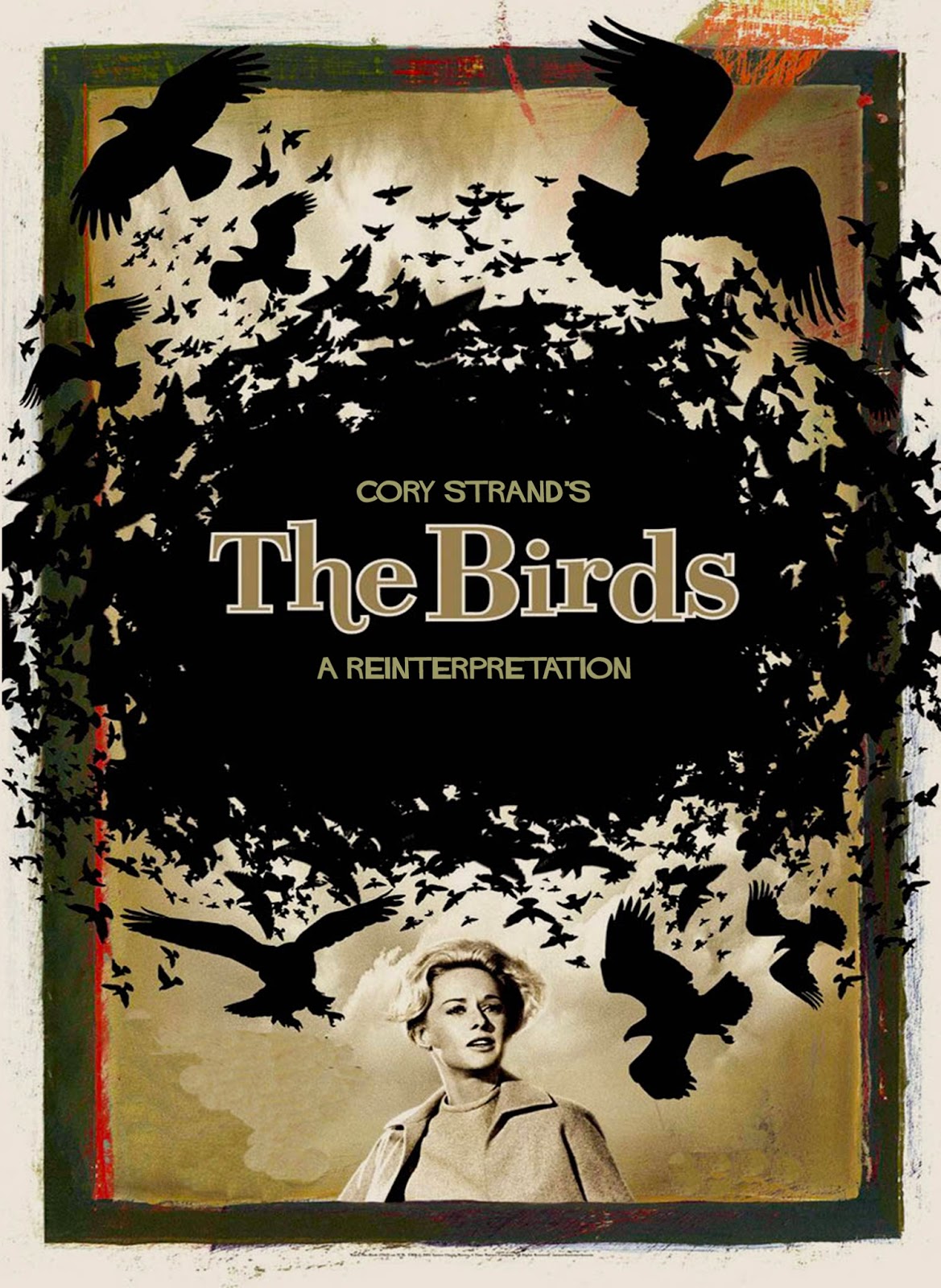 Another film that someone requested I work with.  The timing seemed right (it's Halloween, plus we've been working with this film quite a bit between my various film classes this semester) so i thought I'd give it a whirl.  Hitchcock fanatics will of course know that "The Birds" has no score, only diegetic music and a pummeling sound design; in working with the film, I opted to use the entire audio track directly, breaking it into two one-hour chunks for ease of manipulation (also enabling me to create audio CDs as opposed to a DVD-r.)  This five disc rework features two discs of crushing, psychedelic HNW and two discs of insanely cold and dreary death ambient, and a fifth disc of HNW created from the film's awesome credits sequence (the last disc may well be my favorite of the set, as it features very little manipulation other than distortions-for those familiar with the film, expect nothing less than avian HNW holocaust!)  This one was really fun to make, and I believe that joy comes out in the recordings.
Packaged in a DVD case in a limited edition of 5 hand-numbered copies.  $30 ppd. in the United States, $43 rest of world.

ORDER HERE: www.altarofwasterecords.storenvy.com
Posted by Author at 9:03 AM