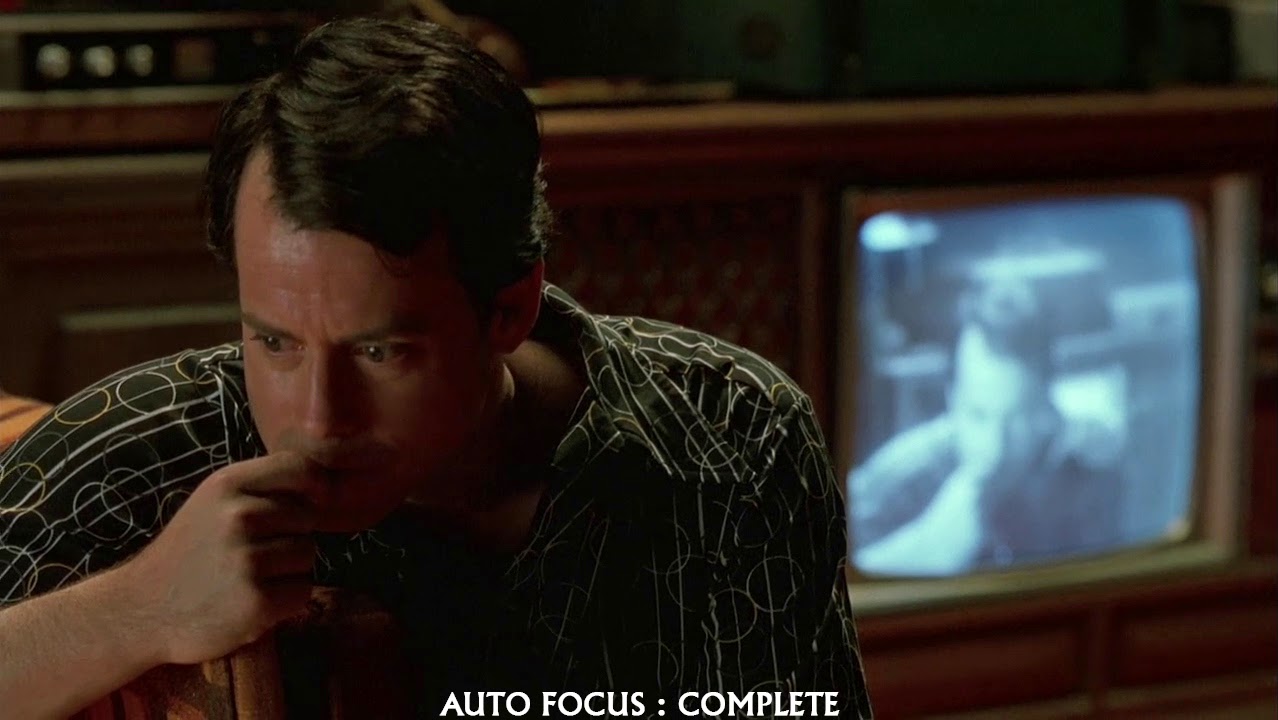 Massive box set compiling an enormous amount of manipulation work sourced from Paul Schrader's 2002 film Auto Focus.  Based on Robert Graysmith's book, Auto Focus tells the story of all-around nice guy actor Bob Crane (of "Hogan's Heroes" fame) and his extremely rampant sex drive.  Schrader's film is phenomenal, a beautifully shot descent into pure and unadulterated enjoyment, a portrait of one man's struggle to reconcile his unhinged private life with his innocuous public persona.
"Auto Focus: Complete" features six discs of very long-form HNW and ambient pieces crafted from the audio track of the film as well from various audio ephemera associated with the film and Bob Crane.  The ambient works here are easily some of the most beautifully empty and ghostly pieces i've made, taken to exhaustive lengths to fully immerse you in the ether.  The HNW works follow the pattern of "(Totality)" recordings that I've been doing lately with other films, taking giant swathes of audio and manipulating them into super textured, constantly mutating psychedelic wipeouts.  "Auto Focus: Complete" is nearly 30 hours in its total run time-there is an immense amount of material to lose yourself in!  I am incredibly proud of this one-it took an enormous amount of time and effort to create, and I think the results are well worth it.  Anyone into my recent manipulations will not be disappointed!

PLEASE NOTE: All six discs in the box set are data DVD-R's.  I've been told that some modern stereos can play them as is, but most likely, you will need a computer to extract the audio.

Packaged as six separate volumes, each housed in a DVD case with their own artwork, with the entire set housed in a hand-painted box with a paste-on cover and an informational insert.  Released in a limited edition of 5 hand-numbered copies.  $120 ppd. in the United States, $133 rest of world.