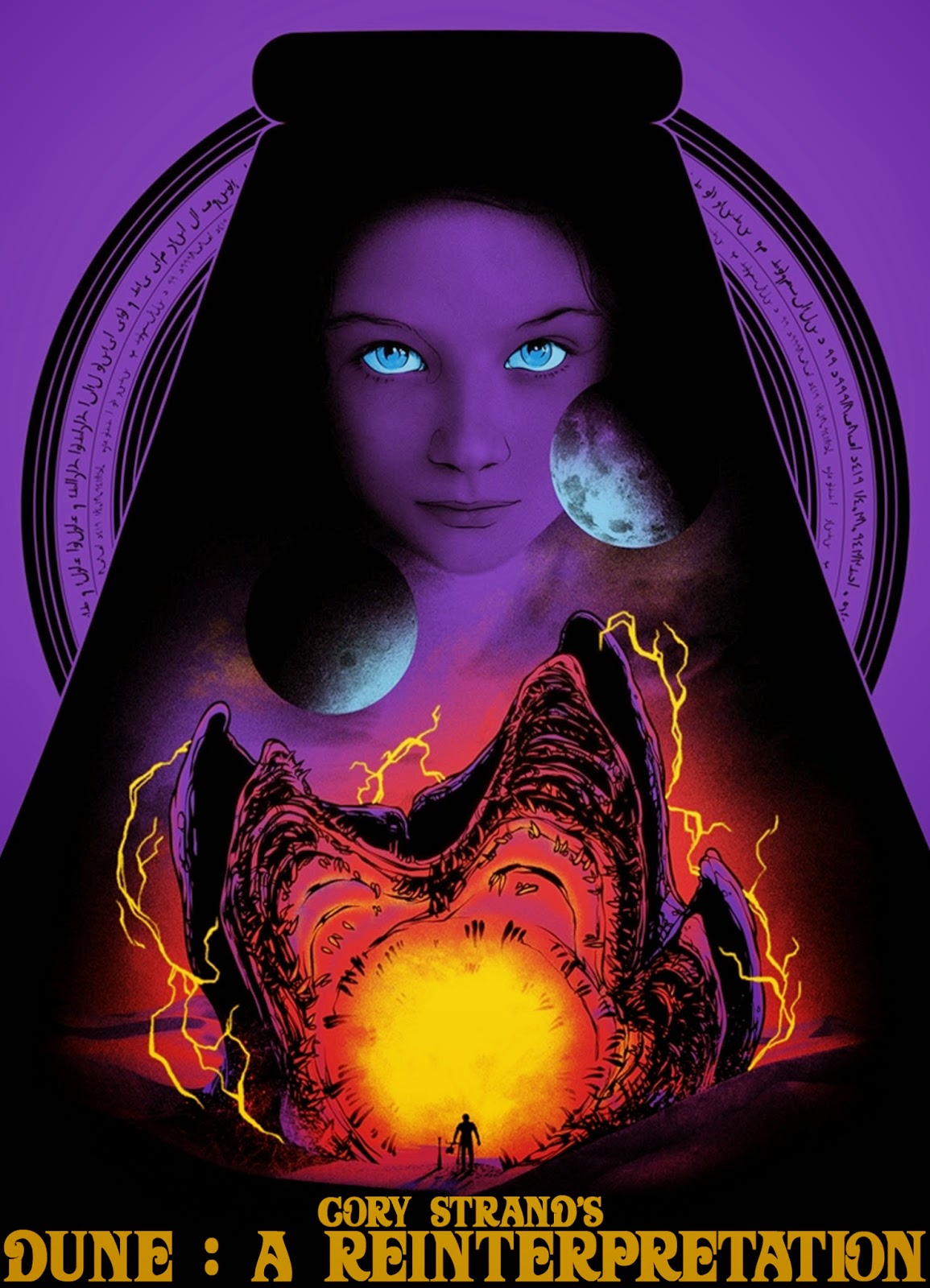 Massive and murky rework of Toto's (!!!) score for David Lynch's much-maligned film version of Frank Herbert's epic philosophical novel Dune.  I find Lynch's vision of the novel to be uniquely awesome and darkly fantastical, even taking into account the film's inherent inscrutability and narrative confusion.  Lynch's 12 hour preferred cut is a thing of Hollywood legend, right up there with von Stroheim's cut of Greed and Welles' original The Magnificent Andersons; as it stands, Lynch's Dune is very much one of those flawed masterpieces that makes you wonder (and hope that someday the original cut will be located and released!)
In working with Toto's score for the film (which dispenses entirely with their "pop" sound and instead focuses on synth drones and chilly atmospheres), I tried to preserve Lynch's darkness without sacrificing the score's more melodic and "romantic" moments.  Much of this material is incredibly frigid and empty, but buried beneath all the glacial murk are my usual assemblage of swirling melodies and yearning tones.
This set consists of the reworked score on 10 CDrs, plus a DVD-R of the entire audio of the film rendered out and manipulated into a towering suite of psychedelic HNW outer space operatic horror (for the rework of the film audio, I used the theatrical cut of the film as opposed to the slightly longer "extended" version for ease of manipulation-the big files get very taxing to work with!)  It's still a nearly 2 1/2 hour noise sojourn into the darker reaches.
Packaged as a triple volume DVD case set, with each of the three having their own unique artwork.  Released in a limited edition of 5 hand-numbered copies.  $85 ppd. in the United States, $98 rest of world.