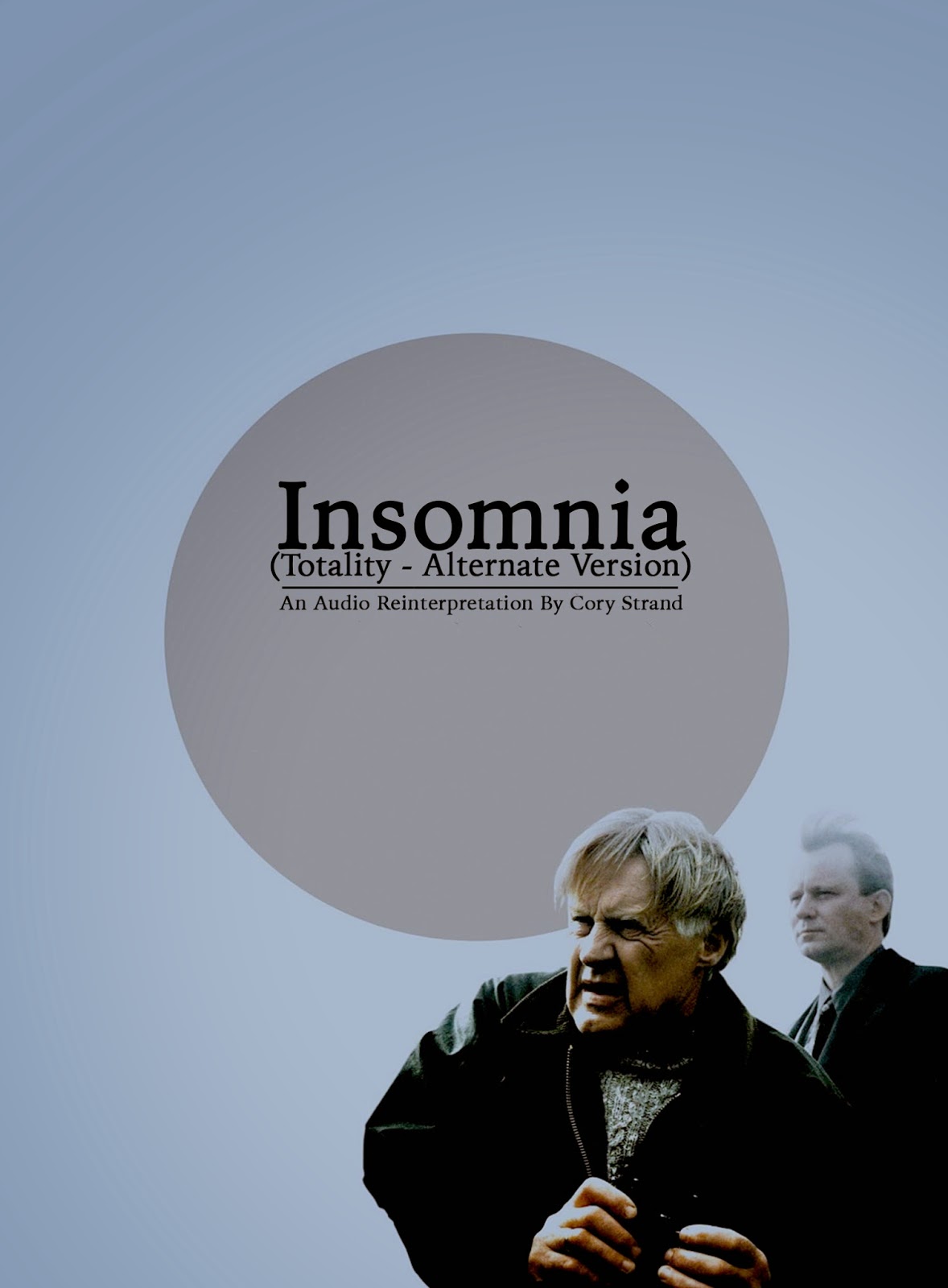 One of two companion pieces to my rework of Christopher Nolan's film Insomnia; this album takes the full audio of Erik Skjoldbaerg's original 1997 film and transforms it into a nebulous piece of ANW lurch.  Long a favorite film of mine since I first saw it back in 1998, Skjoldbaerg's Insomnia is a psychologically dense but physically empty study of the meeting palce between authority and cruelty, the enjoyment of punishment, the allure of psychopathy.  It is an extremely troubling and dark film, one that illuminates humankind's more provocative obsessional fantasies and propensity for brutal violence.
This second rework heads in a more nuanced and "ambient" noise direction.  Much of the distortion of the first version has been here stripped away, leaving a chorus of rumbles and echoes that mostly hum along but occasionally burble out into small-flare eruptions of bassy, dense textures.  More ANW than HNW, but still very much a "noise" album.
Packaged in a DVD case in a limited edition of 5 hand-numbered copies.  $15 ppd. in the United States, $28 rest of world.

ORDER HERE: www.altarofwasterecords.storenvy.com
Posted by Author at 7:00 AM