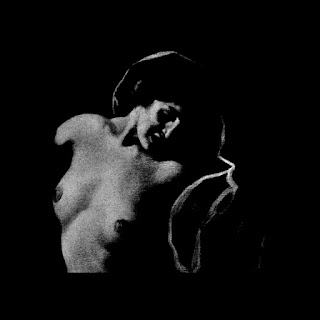 A Raja's Mesh Men returns to AOW with a massive follow-up to the project's contribution to my "Blue Velvet" series, coming in the form of a gargantuan 10 CD box set.  "Sleep Of Death" is a study in true organic staticism, an HNW recording begun by its creator using diseased/failing electronics and allowed to unfurl of its own accord over the course of a full evening.  The result is an exploration of duration (nearly 10 hours), meditative audio structures, and ultimately, transcendence delivered via crisp waves of trebly, nervous HNW narcolepsy.
Packaged in six DVD cases (2 singles and 2 doubles) and housed in a hand-painted box with paste-on covers.  This release features some of the most breathtaking and beautiful artwork of any AOW release thus far-I really wanted to make this one special, and I feel its a lovely piece to behold.  Released in a limited edition of 10 hand-numbered copies.  $65 ppd. in the United States, $78 rest of world.