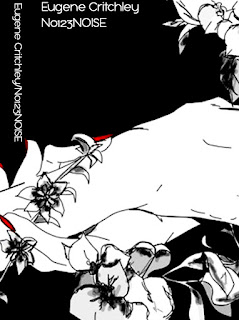 A split between Eugene Critchley and N0123NOISE, united in pessimism, despair, and hopelessness.  The sheer bleakness on display throughout this cassette threatens to overwhelm, with two 45 minutes compositions from each artist that betray a shared belief in existence as sorrow.  Massively, crushingly, empty and resigned to life's meaningless, yet somehow still tortured by an undefinable lack, the feeling of something missing.  Maybe something that was never there to begin with.  Maybe only a yearning.  But that yearning is haunting.  And that yearning hurts.  And it doesn't stop hurting.  Drone noise wall and pitch black death ambient.  The true bleak.
Released in a limited edition of 20 hand-numbered copies.  $10 ppd. in the United States, $26 rest of world.

ORDER HERE: www.altarofwasterecords.storenvy.com
Posted by Author at 7:06 AM