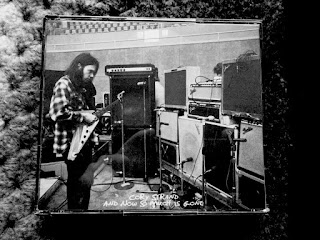 Massive new solo drone album.  The six pieces on this record were made from bits and pieces of various Neil Young live performances from 1974 - 1997.  The results are hugely oppressive and ultimately melancholic drones, epic and glacial.
Packaged in an oversized triple CD jewel case.  Released in a limited edition of 5 unnumbered copies.  $15 ppd. in the United States, $31 rest of world.
The record can be streamed in full here:

ORDER HERE: www.altarofwasterecords.storenvy.com
Posted by Author at 6:04 AM