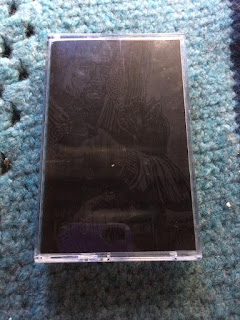 Very limited reissue of my long sold-out 8-track release "Sketches Of Llewyn Davis."  This reissue was due to be released through a different label but for reasons beyond the label's control it is no longer scheduled, so i was given permission to do a small run myself.
This version of the release features an all new layout and an additional 30 minutes of material.
The reissue can be streamed in its entirety here:

Released in a limited edition of 5 hand-numbered copies.  $8 ppd. in the United States, $24 rest of world.

ORDER HERE: www.altarofwasterecords.storenvy.com
Posted by Author at 9:39 AM