CORY STRAND "I AM BEYOND YOUR EXPERIENCE: THE NIGHT STALKER" 3CDr (AOW 154) 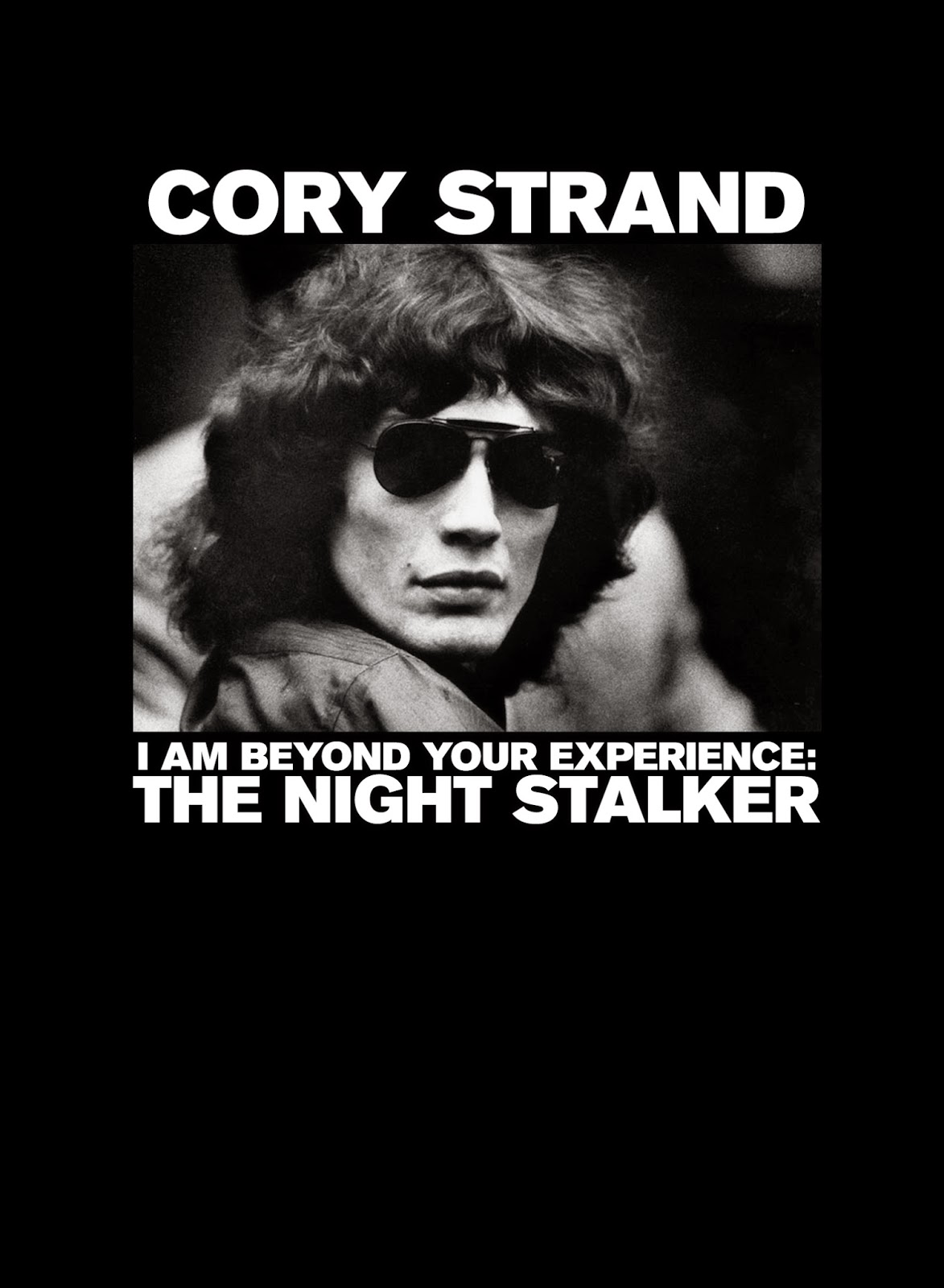 With Richard Ramirez's death in 2013, the serial murder cult of celebrity lost one of its most vocal and strangely charismatic figureheads.  His passing was felt in the noise scene as well, with many of my contemporaries openly lamenting his death.  Ramirez's exultation was (and still is) incredibly bizarre to me; compared to other serial murders (like Edmund Kemper or Ted Bundy) Ramirez had difficulty expressing himself and explaining the motivations for his crimes, and it seems to me his murder journey wasn't so much driven by true psychological compulsion as it was focused and considered courses of action manufactured to bring about a certain image.  Perhaps Ramirez's true disregard for society is what draws so many people to him; perhaps his alignment with a self-created Satanic path allowed him a feeling of actualization that rendered him beyond any real explanation.
I personally find Ramirez tedious and incredibly self-serving (as all serial murderers are at heart); his crimes were pointless and callously brutal, and his reflections on his life, if you can call them that, add up to little more than an endless cloud of noxious hot air void of insight.  With other serial murderers an intellectual/psychological blueprint can be created and some sort of understanding can be reached.  With the Night Stalker, there is only a roaring emptiness.
These recordings were created using elements of interviews with Ramirez and snippets of his favorite album, AC/DC's "Highway To Hell," which he would listen to prior to his murders.  I hope these compositions illustrate the intensely violent nothingness that Ramirez projected.
Presented as three separate albums that work as one, along with a bonus disc.  Four CDs of ripping HNW and gigantic swathes of death ambience, in a limited edition of 5 hand-numbered copies.  $30 ppd. in the United States, $43 rest of world.

ORDER HERE: www.altarofwasterecords.storenvy.com
Posted by Author at 8:56 AM