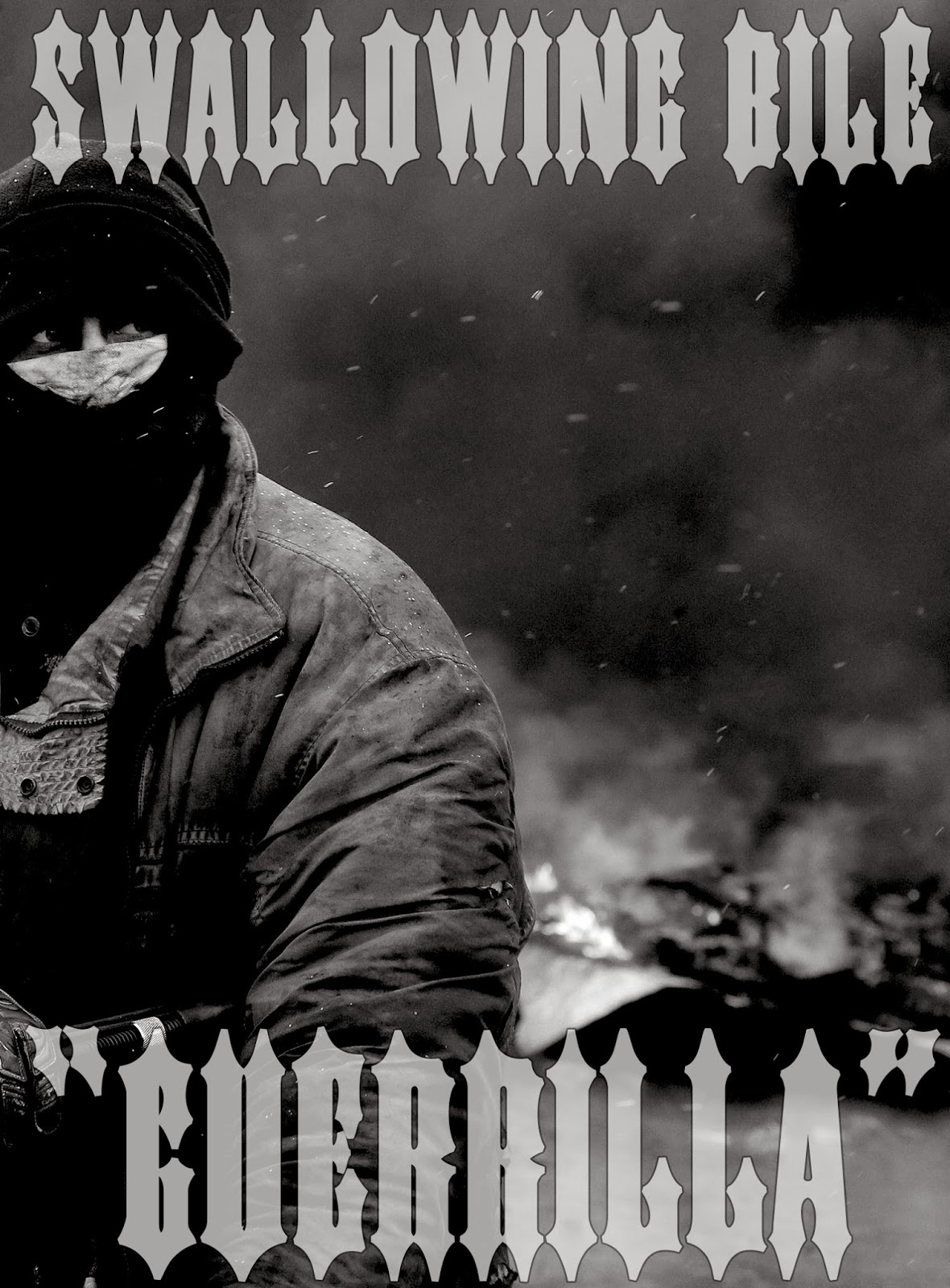 Swallowing Bile has been on a tear as of late, dropping amazing albums on Depravity, Distorted Visions, Repentance, Faith Is Panic, Crystal Lake Tapes, and a wealth of others.  This album, "Guerrilla," Swallowing Bile's first (but certainly not last) AOW appearance, is no different-an amazing four track punisher of rippingly caustic and abrasive HNW dedicated to the noble idea of violent resistance.  Given the political activity in Europe this release seems particularly in touch with the now, a reflection on tyranny and the dedicated underground heroism of those rebellion-minded few who have the fortitude and courage to resist.  It's only a matter of time before our own infrastructure begins to collapse and we're left with no other options than the one Swallowing Bile presents us with here.  These pieces will shred and flay.
Altar Of Waste is proud to release this thundering call to action.  Ethan worked tirelessly to craft a destroyer of an album.  It's intense!
Packaged in a DVD case in a limited edition of 20 hand-numbered copies.  $10 ppd. in the United States, $23 rest of world.