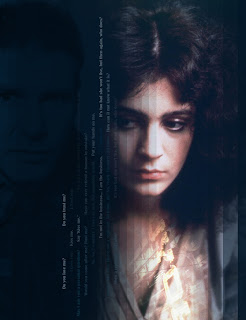 I've been working on a large-scale collaborative project with Justin Wiggan based around Ridley Scott's Blade Runner, so I've been spending a lot of time with both the film itself and Vangelis's beautiful noir-infused score.  Obviously I couldn't resist working with such dark, elegiac material; the result is a gigantic 12 disc rework of the film's score, a massive excursion into deep recesses of drone ambient and unfulfilled existentialist yearning.  Dense, bassy stuff here; definitely for headphones.
Packaged in an oversize DVD case with a distinctly minimalist/"old school" aesthetic.  Released in a limited edition of 5 hand-numbered copies.  $65 ppd. in the United States, $78 rest of world.

ORDER HERE: www.altarofwasterecords.storenvy.com
Posted by Author at 5:49 AM