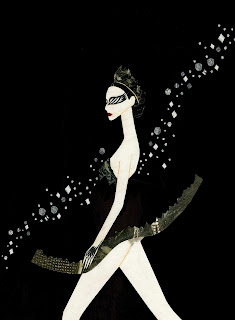 My drone rework of Clint Mansell's score to Darren Aronofsky's 16mm psychosexual Bergman-esque nightmare Black Swan.  Mansell's score is already pretty deep into drone territory (as is his style), but Black Swan really ups the ante in terms of empty, nihilistic menace; my rework has preserved this quality and the result is an immense journey through vast spaces of numbing terror and dread.
Packaged in ten single disc DVD cases, each with their own unique artwork utilizing images from and ephemera associated with the film.  Discs 1-9 are the score reworked in drone mode; disc 10 is an HNW "Totality" recording of the film's audio track.
Released in a limited edition of 5 hand-numbered copies.  $75 ppd. in the United States, $88 rest of world.

ORDER HERE: www.altarofwasterecords.storenvy.com
Posted by Author at 4:42 AM