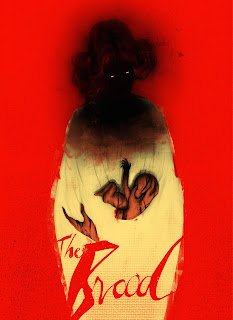 The second of a pair of Cronenberg-themed soundtrack reworks, based off the recent LP reissue of Howard Shore's scores for Scanners and The Brood.
This set takes Shore's "The Shape Of Rage" suite and transforms it into two twin reworks, one a drone version, the other a dense and sludgy HNW version.  Unnerving but also quite lovely and meditative at times.
Packaged in a DVD case in a limited edition of 5 hand-numbered copies.  $15 ppd. in the United States, $28 rest of world.

ORDER HERE: www.altarofwasterecords.storenvy.com
Posted by Author at 3:58 AM