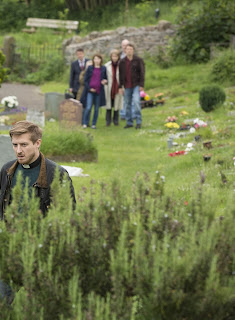 HNW reworks of the audio of each episode from the entirety of Broadchurch's second season.  Severe, psychedelic, assaulting audio intensity.  Broadchurch is easily one of my very favorite television programs, for both its muted and thoughtful approach to genre and its humbling, exquisite cinematography.  If you've enjoyed my previous work with television and film, you'll dig this one too.
Packaged as a twin set, with the 8 discs housed in two 4-disc capacity DVD cases, each with their own artwork.  Released in a limited edition of 5 hand-numbered copies.  $60 ppd. in the United States, $76 rest of world.

ORDER HERE: www.altarofwasterecords.storenvy.com
Posted by Author at 9:17 AM