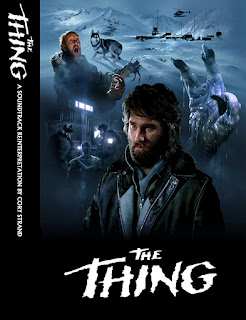 My half of my split with Crown of Bone from 2014, now on cassette.

From the original write up:
My album is a full on rework of Ennio Morricone's score for the film. My approach on this was similar to the other film-themed splits Dustin and I have done, wherein I allow many of the original OST elements to surface amongst the static and noise. This is a big trippy set of psychedelic noise washout!

This is a sound i don't really return to much anymore.  That said, there are some massive walls on here, most notably the album closer "Despair."
Released in a limited edition of 5 hand-numbered copies.  $10 ppd. in the United States, $26 rest of world.

ORDER HERE: www.altarofwasterecords.storenvy.com
Posted by Author at 7:16 AM