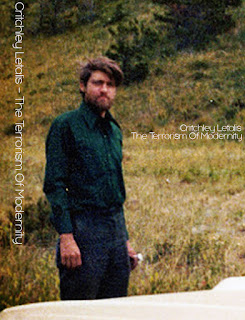 Critchley Letalis is a new collaborative project between Eugene Critchley and Dosis Letalis focused on political and social pessimism.  "The Terrorism Of Modernity" is a monumental slab of epic walling, with both projects bringing their distinctive sounds to the work: Eugene Critchley's throbbing, dense, bass-driven pollution meshes beautifully with Dosis Letalis' tense and bitter crackling.  Simply one of the coolest records i've been involved with.
Released in a limited edition of 20 hand-numbered copies.  $10 ppd. in the United States, $26 rest of world.

ORDER HERE: www.altarofwasterecords.storenvy.com
Posted by Author at 7:05 AM