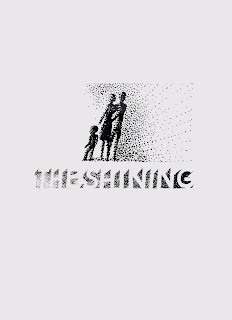 A reissue compilation of my long out print "The Shining" sets, both of which sold out quickly and have been frequently requested.  This is mostly for the people that missed out on the first pressings, but I've sweetened the deal by including two discs of all new material, using dialogue elements from the film as well as my own "rock" reworkings of Wendy Carlos's main theme as sources.  The new material is incredibly violent.
Whether I'll return to the Overlook in the future is up for grabs (I suspect i will, as I can't seem to pull myself away from the hypnotic allure of Carlos's work for this film) but for now I'll close the book.  Hopefully the music will resonate.
Packaged in a DVD case in a limited edition of 10 hand-numbered copies.  $30 ppd. in the United States, $42 rest of world.

ORDER HERE: www.altarofwasterecords.storenvy.com
Posted by Author at 10:51 AM