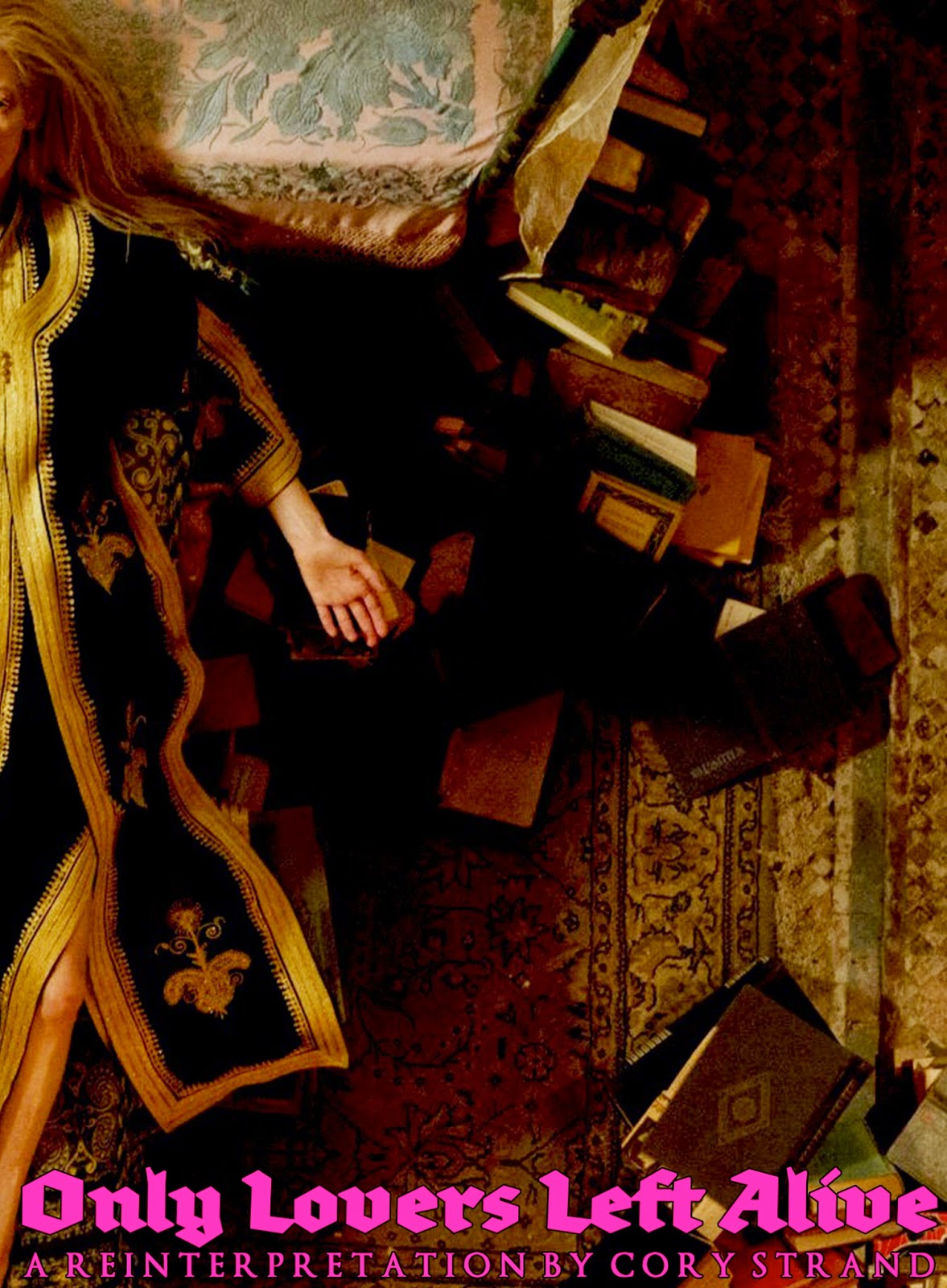 There was no film I was more excited for over the last two years than Jim Jarmusch's vampires-existing-in-tedium masterpiece "Only Lovers Left Alive."  While the film was certainly as brilliant as expected, showcasing all of Jarmusch's strengths as a director, the soundtrack was equally as mind-blowing and gorgeous.  Written and performed by Jamrusch's band SQURL and with help from his frequent collaborator (and amazing artist in his own right), lute revivalist/reinventor Jozef Van Wissem, the soundtrack is a mesmerizing mix of gorgeously aching and yearning melodies and strained feedback tied to hypnotic and insistent standard rock forms.  The result is an epic musical construction that both comments on the themes of the film and exists apart from it.
Sometimes when I do these reworks I end up being astounded at the results, and this is one of those times.  The pieces here are some of the loveliest i've crafted, evoking a wealth of despondent, sorrowful moods and feelings that perfectly complement Jarmusch's study of tedium, banality, disappointment, exhaustion, and sadness.  An epic drone/ambient journey into interiority and wistful nostalgiah, perhaps for something that never really was.  It all seems so different, but it all seems the the same.
Packaged in a twin volume DVD case in a limited edition of 5 hand-numbered copies.  $30 ppd. in the United States, $43 rest of world.

ORDER HERE: www.altarofwasterecords.storenvy.com
Posted by Author at 8:53 AM