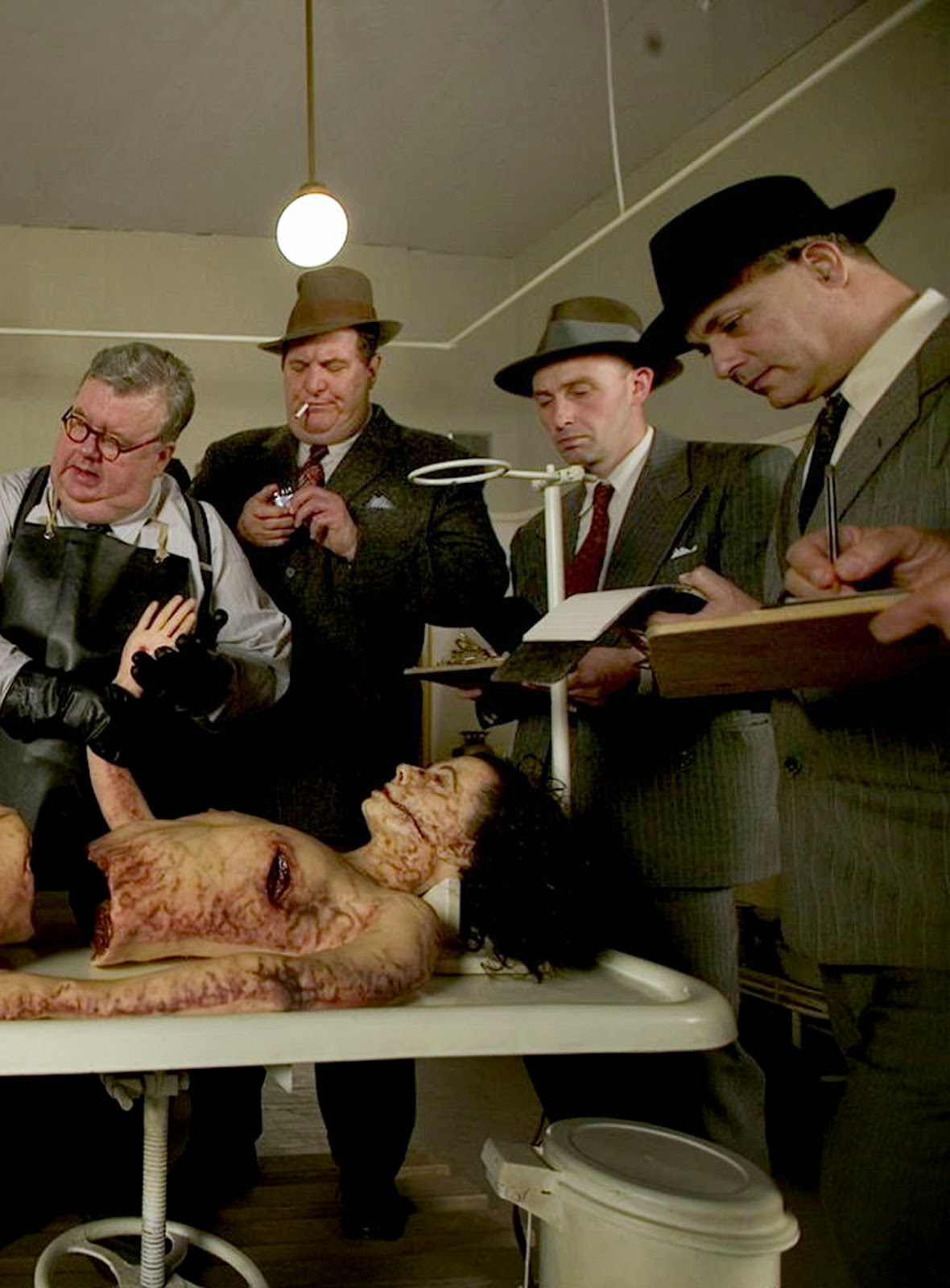 Crushing HNW rework of the full audio track to Brian De Palma's criminally underrated adaptation of James Ellroy's historical revisionist mindfuck The Black Dahlia.  Ellroy has long been one of my very favorite authors, and his version of one of history's most notorious unsolved murders is an epic paean to a Los Angeles of the past, romanticized and bloody.  De Palma's film treatment of the novel was critically reviled, but I thought it was an outstanding interpretation that sacrificed little of Ellroy's intent or aesthetic.  Synthesizing elements of Ellroy's novel, Steve Hodel's masterful Black Dahlia Avenger (which Ellroy himself has endorsed as being the most likely "true" solution to the case) and Mark Nelson and Sarah Hudson Bayliss' Exquisite Corpse: Surrealism and the Black Dahlia Murder, De Palma creates a mosaic of theories and images that go deep down into the rabbit hole of possibility; what emerges is a theory of the murder that merits as much attention as any of the aforementioned sources.
My rework is caustic and violent, brooding and dark.  No respite here-just surrealistic assault and audio battery.
Packaged in a DVD case in a limited edition of 5 hand-numbered copies.  $15 ppd. in the United States, $28 rest of world.

ORDER HERE: www.altarofwasterecords.storenvy.com
Posted by Author at 9:39 AM