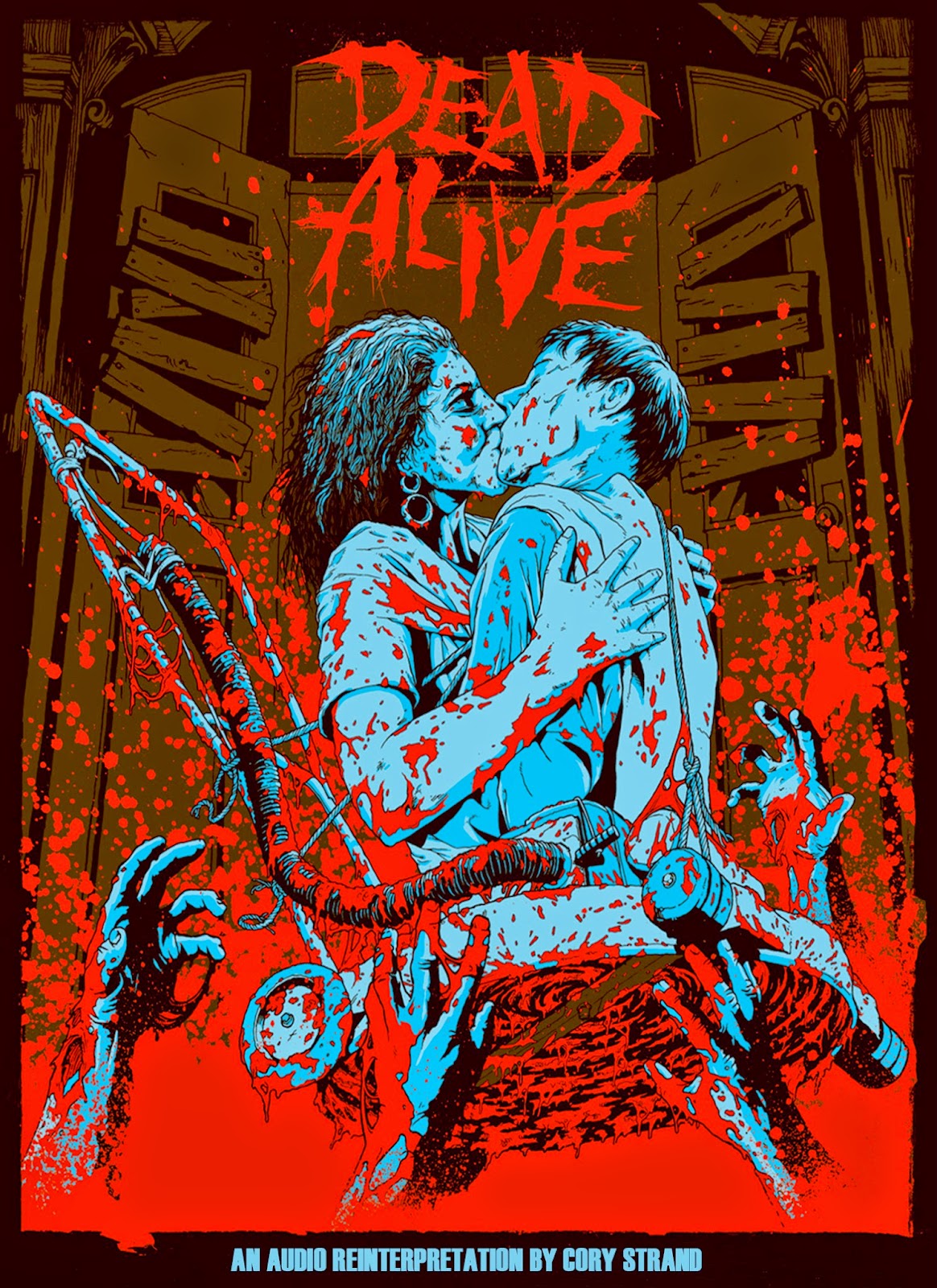 Overloaded HNW rework of the full audio track to Peter Jackson's legendary zombie mindfuck, Dead Alive (also knows as Braindead, but since it was released here in the US as Dead Alive, i've decided to use that nomenclature.)  I'm hard-pressed to name a more gleefully disgusting or joyous dissection/re-envisoning of the zombie splatter film; Jackson's film is stripped of any pretense towards political consciousness (ala Romero) and instead traffics merely in gore upon bucket of gore, with a wink and nod and a healthy dose of severely black humour.  I don't really need to tell anyone about this film-I would dare surmise that almost everyone who frequents my label is familiar with this film (and if you aren't-rent it now!  You won't be disappointed.)
My rework is super psychedelic, colorful HNW, with lots of textures and tonalities.
Packaged in a DVD case in a limited edition of 5 hand-numbered copies.  $15 ppd. in the United States, $28 rest of world.

ORDER HERE: www.altarofwasterecords.storenvy.com
Posted by Author at 10:10 AM