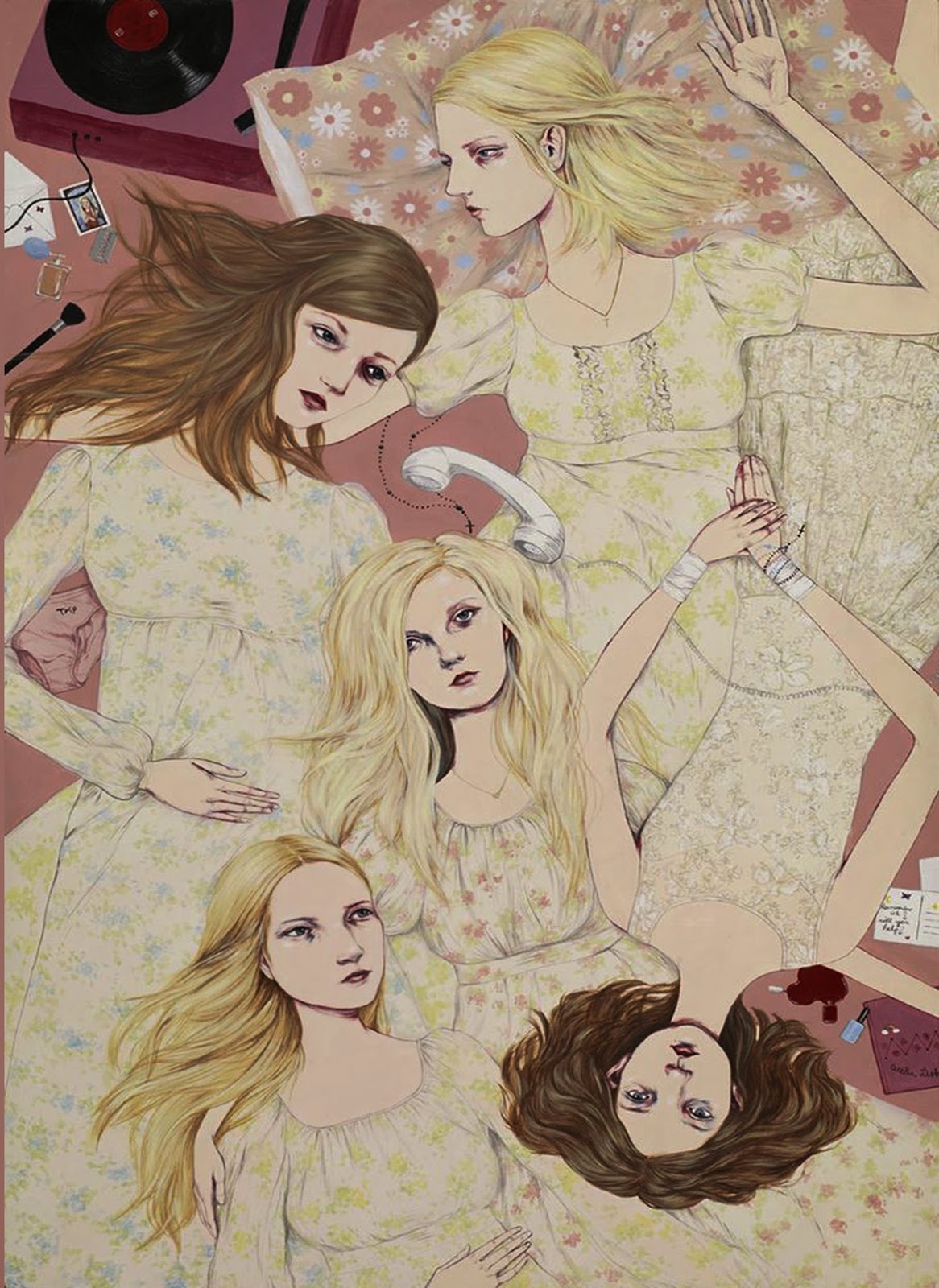 Bleak, crushing, and epic HNW from The Ebony Tower in honor of Jeffrey Eugenides' nostalgic and hallucinatory murk-dream of a novel The Virgin Suicides.  The tone here is considerably more aggressive and unrelenting than on "1Q84," The Ebony Tower's last release for AOW; "The Virgin Suicides" showcases a focus on truly immersive and destructive textures crafted to provoke intense consideration and meditation on the influence of modern culture and its insistence on affecting perception.  As usual with The Ebony Tower, there's a restless creative energy present and a willingness to go deep into source material and inspirations.  Each release I hear from this project just makes me love it more-so glad to continue releasing the work through AOW!
Packaged in a DVD case in a limited edition of 10 hand-numbered copies.  $20 ppd. in the United States, $33 rest of world.