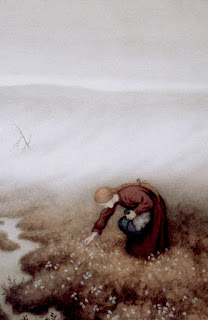 Crushing, super extreme new cassette from my black metal/noise project Fantome De Sang.  I began this album in the latter half of 2013 and finished it this year; it is meant to stand as Fantome De Sang's evocation of pure black metal fury.  Relentless screaming psychedelic noise, thick bassy sludge vomit textures, and buried torturous melodies alongside a constant stream of blastbeats and hyperspeed drum patterns.  This album offers no respite and makes no apologies.  Cold, cruel, wintry destructionism in homage to the great old masters: Mayhem, Satyricon, Thorns, Emperor.  Utterly intense!
Released as a C66, noble gold cassettes.  Artwork by Theodor Kittelsen.  Released in a limited edition of 5 hand-numbered copies.  $10 ppd. in the United States, $23 rest of world.

ORDER HERE:www.altarofwasterecords.storenvy.com
Posted by Author at 6:10 AM