I have just received my artist copies of two releases I did for some stellar labels.  Super limited amounts available of each. 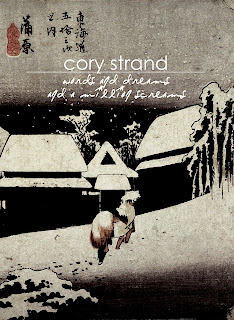 My massive reimagining /reinterpretation of Weezer's landmark album "Pinkerton," rendered into brutal walls of loathful unforgiving noise and despondent nostalghic ambient.  Recorded for James Killick's esteemed Vagary Records, this is easily my favorite amongst my solo works, and represents the direction I'm headed in as an HNW practitioner.  A conscious attempt was made to part ways with my usual stagnancy and focus on a variety of immersive textures without forsaking the intensity.  I really feel I've succeeded: this record is a definition for me.  Many thanks to Jim for offering me the opportunity.  Released in an edition of 7, with full color artwork by me and given a truly gorgeous packaging job from Vagary.  I have a mere ONE copy available for sale.  $25 ppd. in the United States, $33 rest of world. 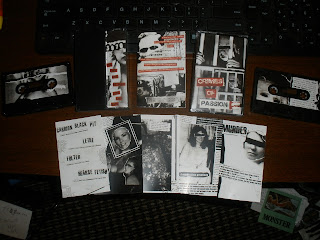 A truly awesome four way split from the always amazing Worthless Recordings focused on crimes resulting from emotions gone awry.  One of my last pieces as Lethe (the final two are in the works) and certainly the most belligerently aggressive-the track I contributed here is a total audio assault, different from anything I've done while still referencing my love of death ambiance.  Also super psyched because this is my first cassette release, and many thanks to Tony for asking me to participate.  The packaging on this one is beyond words.  So fucking cool.  I have five copies available for sale.  $6 ppd. in the United States, $14 rest of world.  Worthless just released some other awesome tapes from more AOW-related artists (Vomir, Wet Dream Asphyxiation, and Burial Ground), so snag those from the label direct if you're so inclined.  And of course you should be.

Both releases available in the AOW store: www.altarofwasterecords.storenvy.com
Posted by Author at 12:34 AM