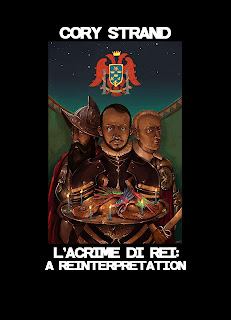 Continuing my series of soundtrack works reinterpreted and manipulated, I'm pleased to offer up this floating, ambient take on Popul Vuh's ecstatic score for Werner Herzog's masterful film "Aguirre, the Wrath of God."  Herzog has long been one of my favorite people on the planet-his vision of nature and man's place in the universe is completely unlike anyone else's-and with "Aguirre, the Wrath of God" he hit a magnificent high point that juxtaposed the arrogance of mankind against the utter and total indifference of nature.  Popul Vuh's soundtrack helped Herzog's vision reach a hallucinatory peak that has never been equalled in film.  Florian Fricke's compositions were hypnotic, otherworldly, and imbued with a deep and ghostly resonance that elevated Herzog's images to a new level of subcontextuality.
I have attempted to make those resonances deeper and more subconscious in my reworking.  From gorgeous, wispy melodicism to a stagnant and seemingly eternal drone, my interpretation of Fricke's source material hopefully becomes a vision of auditory ecstasy as transcendent as the original marriage of music and image in "Aguirre, the Wrath of God."

Packaged in a DVD case in a limited edition of 5 hand-numbered copies.  $10 ppd. in the United States, $18 rest of world.