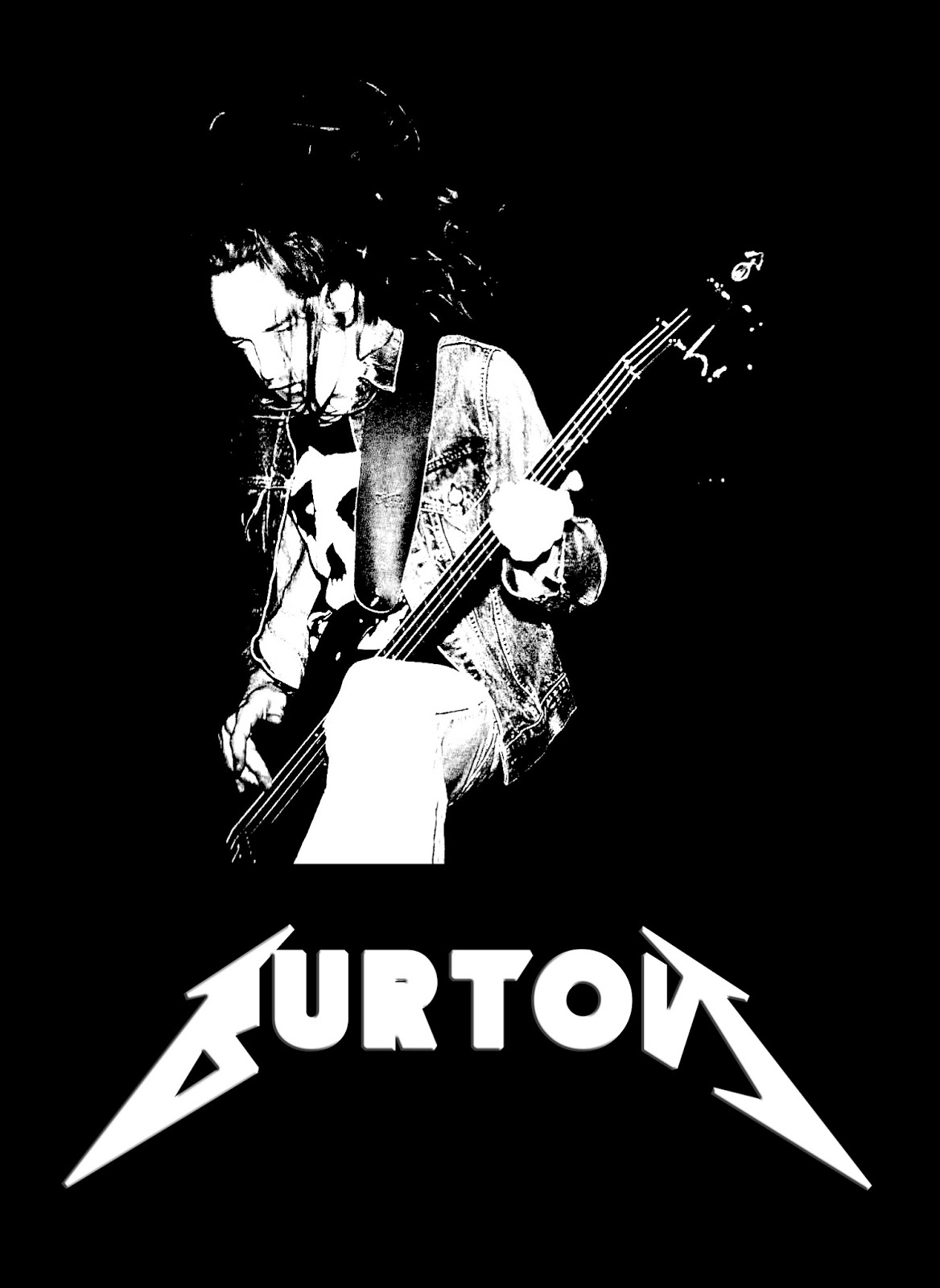 When i was thirteen and just getting started on guitar, my idol was Cliff Burton.  He always struck me as being the most compositionally complex writer in Metallica, as well as the most open-minded and forward-thinking (for evidence of this, just listen to Cliff's pre-Metallica band Agents Of Misfortune-your mind will be blown apart.)  Of all the amazing music Cliff contributed to Metallica, none for me were more powerful and beautiful than the epic harmonized guitar into to "Damage, Inc.", a yawning maw of gorgeous melancholic ambient that betrays nothing of the severity to come a few seconds later when the track proper kicks in.  "Dying Time Is Here," an album by my new project Burton (why not be as obvious as possible, i guess),  takes that intro and manipulates the fuck out of it, creating both scathing walls of eruptive HNW and bleak blank passages of frigid and distant ambient.  The record closes out with a ridiculously overblown version of the source track (different than the version that appears on Burton's other album "Mastery"), a tribute to the intensity that Metallica used to be able to summon up at their cocaine-addled high points.
Packaged in a DVD case in a limited edition of 5 hand-numbered copies.  $10 ppd. in the United States, $23 rest of world.

ORDER HERE: www.altarofwasterecords.storenvy.com
Posted by Author at 10:10 AM