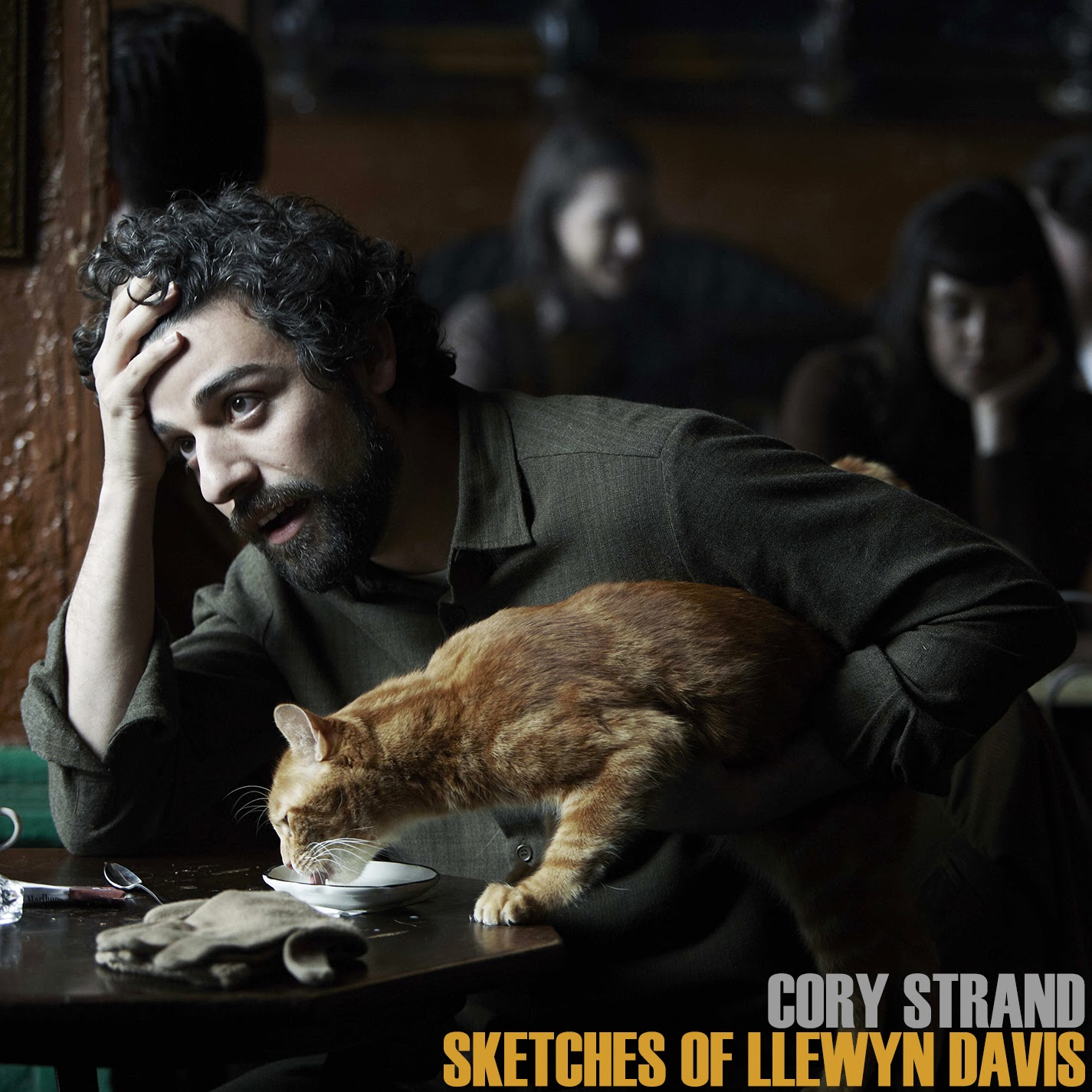 Recently released in a micro-edition on 8-track cassette by the excellent boutique noise label H8-Track Stereo, "Sketches Of Llewyn Davis" is an EP-length recording detailing an album that might have been (there is still a possibility that I may rework the soundtrack in its entirety, but the result will be something far different than this collection.)  The film is easily one of Joel and Ethan Coen's best works, a dreary study of existential malaise and personal heartbreak that manages to be both poignant and bleakly psychedelic at the same time.  The images and themes of the film have lingered with me long after having seen it, and the film's score has wormed its way deep into my brain, fusing itself to my prolonged thoughts of Llewyn Davis's inward quest for clarity and outward quest for self-destruction.
I decided to press up a small edition on CDr for those that might have missed out on H8-track Stereo's pressing, or simply for those that purchased it but find themselves without the archaic technology necessary to actually play it.  It's certainly one of my "prettier" works, with shimmery burbles of distortion and noise giving way to deep grey ambience and washed-out whisps of songs and melodies.  Really lovely, i think.
Released in an edition of 5 copies in a slimline CD case.  $7 ppd. in the United States, $20 rest of world (if you are ordering this from overseas, i will probably throw in a free AOW title or two, since the CD itself weighs so little and the shipping is so extreme.)