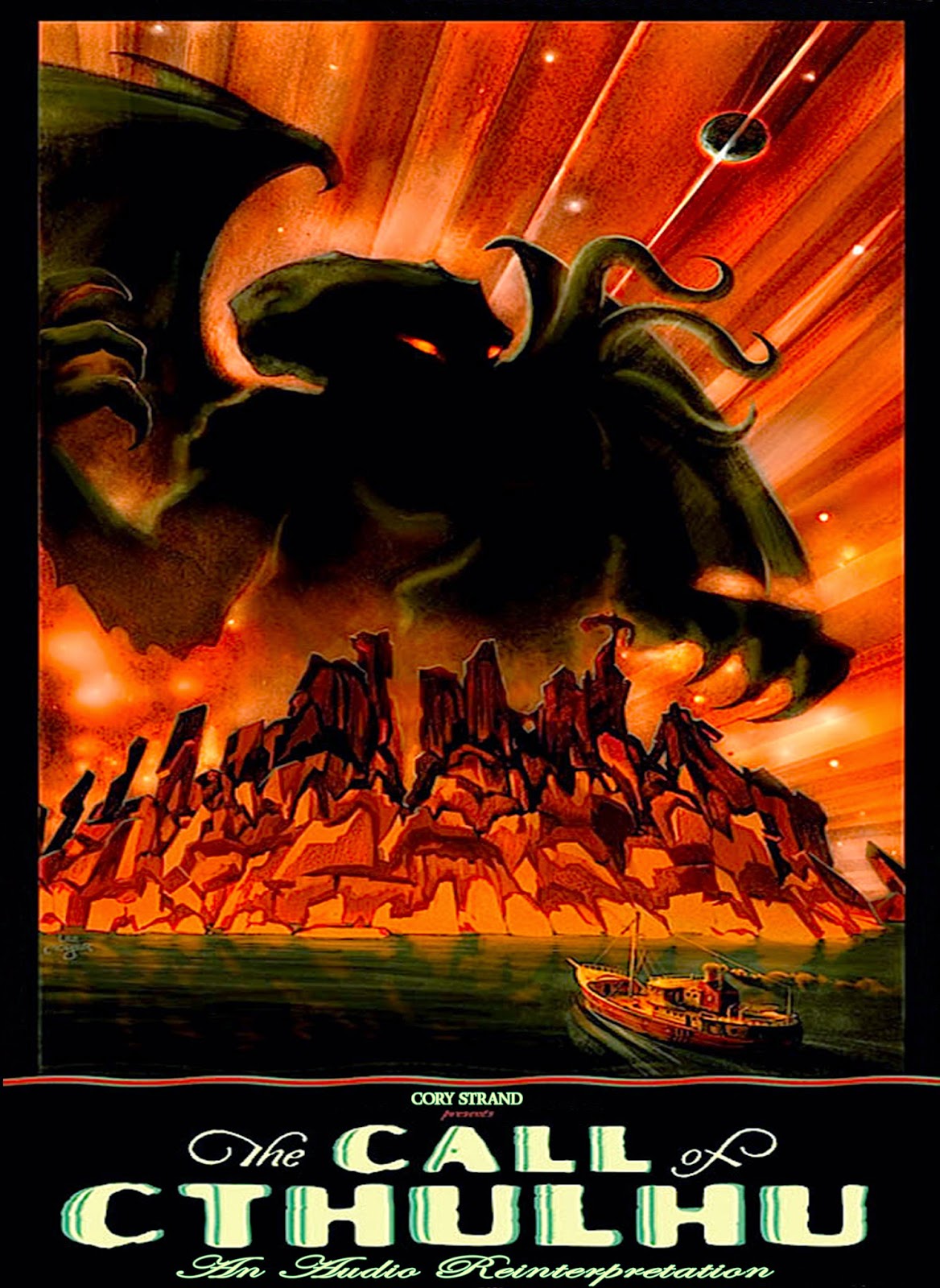 Punishing HNW rework of the full audio track to the HPL Society's beautiful silent film reimagining of Lovecraft's classic lynchpin story "The Call of Cthulhu."  Many Lovecraft fans (myself included) have long been disappointed by the majority of film adaptations culled from the author's work, especially ones that attempt to deal with the Cthulhu Mythos; the HPL Society's version is about the only adaptation that really does justice to both Lovecraft's visual sense and the sense of unknowable horror that his best tales traffic in.  Aside from Stuart Gordon's beloved Re-animator, I'm hard-pressed to think of another film that so beautifully captures the Lovecraftian aura.
My rework of the audio is interesting in that the film is silent, so what's getting manipulated is the soundtrack and few incidental noises that the film allows in.  As such, it plays like one of my soundtrack reworks, with buried wisps of melody and glacially shifting tonalities.  Harsh and lovely at once.
Packaged in a DVD case in a limited edition of 5 hand-numbered copies.  $10 ppd. in the United States, $23 rest of world.

ORDER HERE: www.altarofwasterecords.storenvy.com
Posted by Author at 9:49 AM