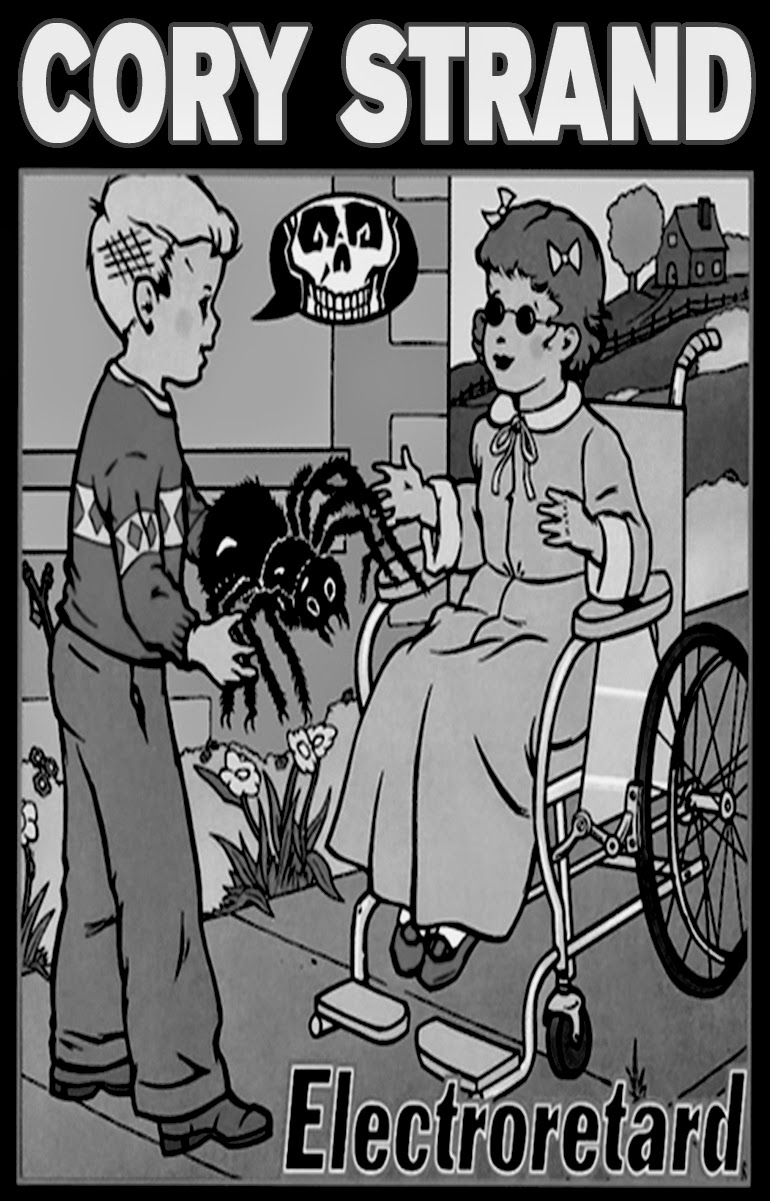 A very special release.  This year I was invited to participate in another HNW tape swap: this tape is my contribution.  Since I don't actually own the hardware necessary to dub tapes, I had to send this out to be manufactured/professionally dubbed; it wasn't cheap (and since I had to order a larger minimum quantity than what I actually needed for the swap), and the organizer of this year's swap has graciously allowed me to offer the remainder of the tapes for sale through AOW, to offset the cost of manufacture.
So what is this tape?  It's an HNW rework to one of the Melvins' noisiest and (now rarest) releases, "Electroretard."  Released back in 2001 on Frank Kozik's now defunct and sorely missed label Man's Ruin Records, "Electroretard" found the Melvins in full-on experimental noise form for the record's majority, with their epic and glorious cover of the Wipers' "Youth Of America" standing as its centerpiece (one of my absolute favorite songs by the Melvins, hands down.)  This rework takes each "side" of the original recording and transforms them into huge swathes of psychedelicized HNW terror.  I love doing these swaps because it really lets me explore my own interests without worrying about reception; if you've enjoyed my previous Melvins reworks, you'll enjoy this one as well.
This is a normal bias C50 in a rubine red shell, with black and white artwork.  It is released in an unnumbered, undisclosed limitation.  $10 ppd. in the United States, $23 rest of world.

ORDER HERE: www.altarofwasterecords.storenvy.com
Posted by Author at 10:19 AM