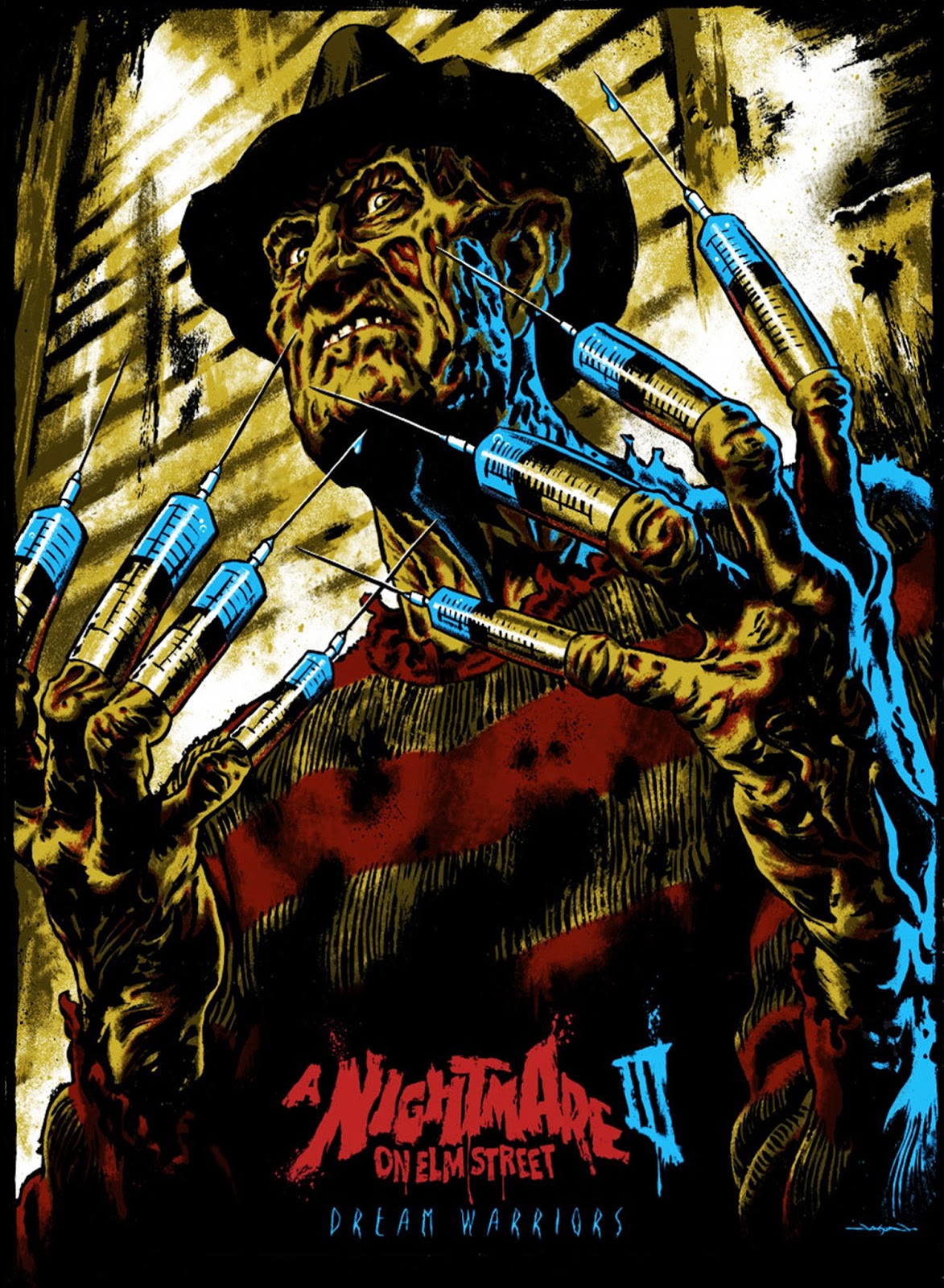 Assaulting and massively psychedelic HNW rework of the full audio track of my favorite film in the "Elm Street" series, A Nightmare on Elm Street III: Dream Warriors.  This was actually the first film of the series that I saw, when I was about 9 years old, and it scared the shit out of me.  My dad was not the sort to censor anything in our house, so he let me watch this one night on cable, and it gave me nightmares for weeks.  But there was something about it that i loved, too; the idea of being able to dream lucidly and become whatever you wanted to be within someone else's psychic framework was an idea that elevated the film to a level beyond mere horror, something more akin to a metaphysical discourse.
My rework of the audio is giallo noise at its best: all manner of shifts and melodies, courtesy of Angelo Badalamenti's beautiful score that plays in the film beneath the dialogue and screams.  This was a blast to make; if you enjoyed the A Nightmare on Elm Street double album i did for Occult Supremacy last year, then you'll enjoy this one as well.
Packaged in a DVD case in a limited edition of 5 hand-numbered copies.  $15 ppd. in the United States, $28 rest of world.