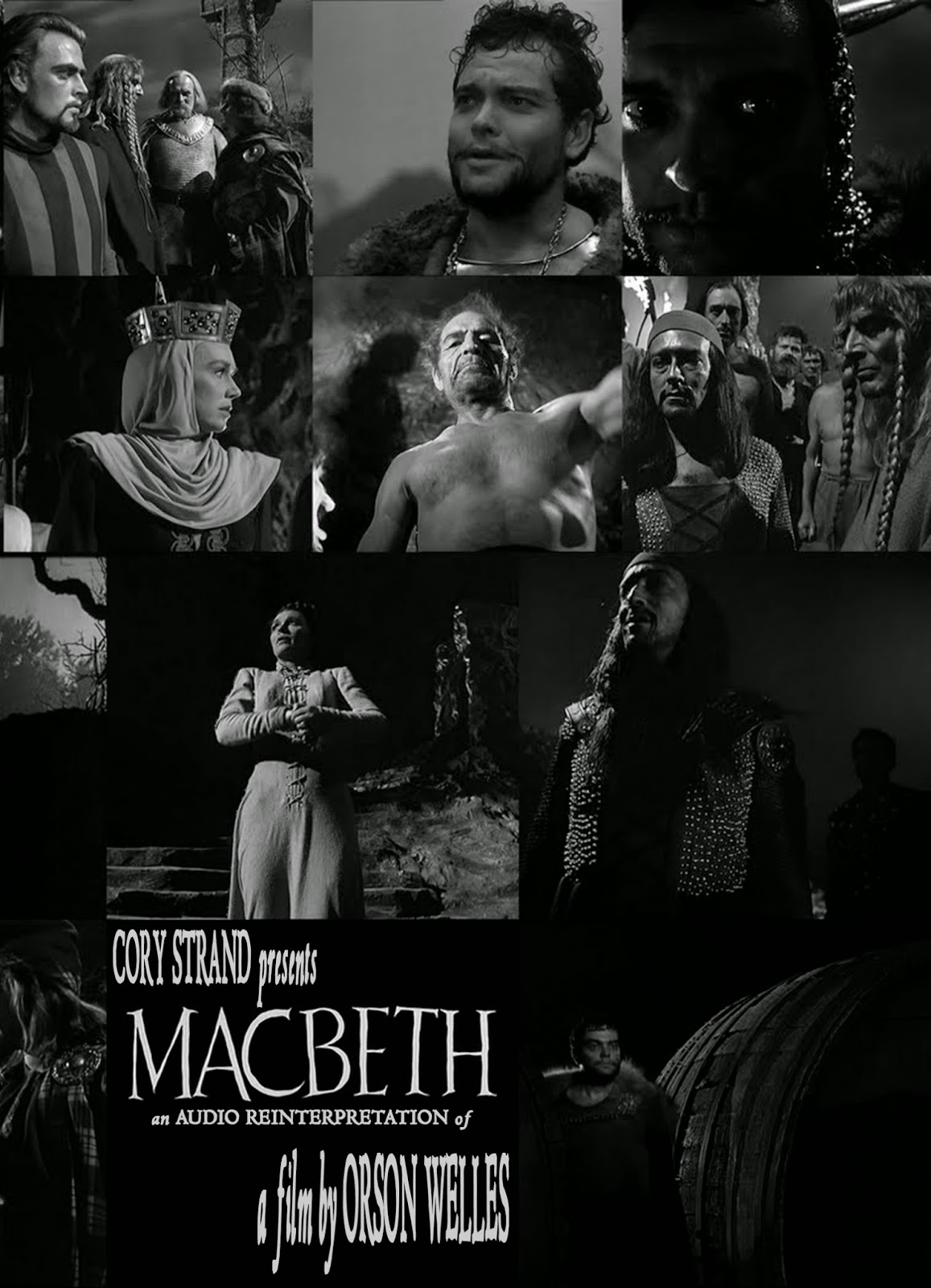 A brutal, dark HNW reworking of the full audio of Orson Welles's masterful cinematic version of Shakespeare's "Macbeth," with my rework being nearly as brooding and violent as the film.  Like many film people, I hold Orson Welles's work in extremely high regard; I have more books about Welles than I do any other director save the Coen Brothers.  "Macbeth" has long been a favorite of mine amongst Welles's films: its beautiful, intensely noir-influenced photography and demonic mise-en-scene, combined with Welles's towering performance, render it one of the finest cinematic Shakespeare adaptations (though Roman Polanski's version is equally as good.)  In working with the audio, I wanted it to be very bleak and horrific to reflect the aura and mood of the film: a world drowned in shadow and blood, full of madness and paranoia.  Consequently, this is one of my more assaultive and intense "Totality" recordings.
Packaged in a DVD case in a limited edition of 5 hand-numbered copies.  $15 ppd. in the United States, $28 rest of world.

ORDER HERE: www.altarofwasterecords.storenvy.com
Posted by Author at 8:34 AM