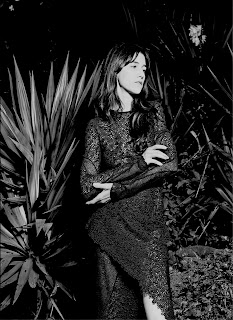 A massive and incredibly caustic set of epic-length HNW pieces from She Walks Crooked, here working in a more aggressive and depressing mode than I've heard from the project.  Those looking for severity and unrelenting WALL horror will not be disappointed by the work here, as Scott has created an uncompromisingly brutal suite of intense and gargantuan noise slabs that will completely obliterate the mind of any listener.  Composed under considerable personal duress, these six walls reflect a difficult moment in their creator's life, an outburst of depression and anger that stands as one of the most caustic sets of HNW i've heard.  Very honored to be releasing this through AOW; for me, this is very much one of the new modern benchmark releases of HNW.  "Winter's Abandon/Nothing Will Ever Change," the final disc of the set, is one of those instant classic walls for me, up there with Clive Henry's "Absolute End" in terms of pure black-hole devastation.
Packaged as six separate albums housed in DVD cases, each with their own imagery/artwork (this is really one of the loveliest AOW sets to date, as well.)  Released in a limited edition of 10 hand-numbered copies.  $40 ppd. in the United States, $53 rest of world.

ORDER HERE: www.altarofwasterecords.storenvy.com
Posted by Author at 5:05 AM