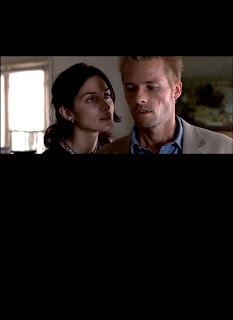 An addendum to my "Memento: A Reinterpretation" set from a couple months ago.  This is a noised-out "Totality" rework of Memento's entire audio track, here transformed into some thick, bassy sludge-textures that remind me of distorted guitar vomit in some places and crumbling deep HNW in others.  I've left a lot of the original ambient elements in place on this one as well, so there's an underlying eeriness to everything that occasionally permeates through the noise.  I've spent a lot of time with Memento these last few months (one of my final papers this semester was on the film), and i've come to see just how incredibly emotionally violent it is...i hope i've captured some of that severity with this rework.
Packaged in a DVD case and released in a limited edition of 5 hand-numbered copies.  $12 ppd. in the United States, $28 rest of world.

ORDER HERE: www.altarofwasterecords.storenvy.com
Posted by Author at 4:47 AM