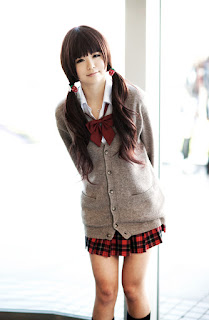 New work of extreme minimal electronics from Liam McGeorge's Shurayuki-hime project, here building off the sounds of his previous AOW release, "Yukibango," but pushing them even further into the realm of near-nonexistence, resulting in an extremely challenging cassette that asks you to consider the somewhat arbitrary demarcations between "noise" and "ambience."  The two tracks here crackle and sputter and settle into moments of almost pure silence; it's total pedal mastery, an exploration of the arid desert spaces existing at the crumbling edges of the HNW cosmos.  Very pleased to offer this work through AOW.
Released on white cassettes in a limited edition of 20 hand-numbered copies.  $8 ppd. in the United States, $24 rest of world.
"Sho Ga Nai" can be streamed in its entirety here:

ORDER HERE: www.altarofwasterecords.storenvy.com
Posted by Author at 5:20 AM