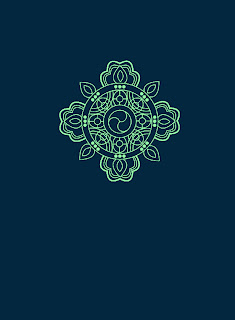 Massive collaborative effort between longtime AOW allies Big Hole and The Ebony Tower, here turning in an exhaustive double CD of violent HNW based on the first academic discourse on the Aum Shinrikyo cult of Japan, delivered by Ian Reader.  Aum Shinrikyo were responsible for a number of sarin gas bombings in Japan and are one of the more mysterious and terrifying cult entities currently in operation; this release delves into that dark mystique with some severe and assaulting HNW monoliths, two 75 minute pieces that showcase the approach of both projects but blend them into something wholly and more tremendously caustic.  If you're a fan of either project (and i know you are) then you absolutely need this record.
Packaged in a DVD case and released in a limited edition of 15 hand-numbered copies.  $12 ppd. in the United States, $28 rest of world.

ORDER HERE: www.altarofwasterecords.storenvy.com
Posted by Author at 5:34 AM