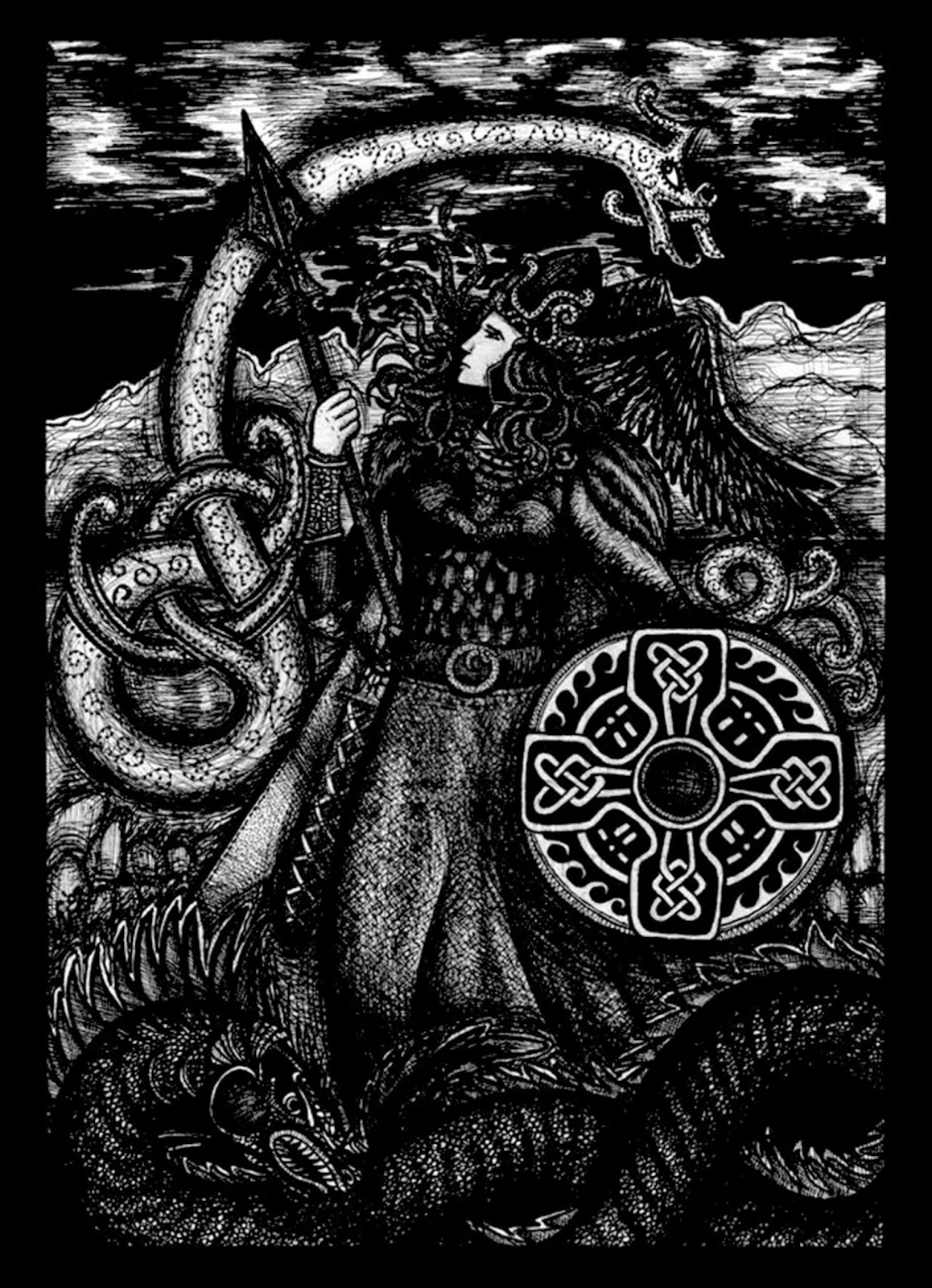 Exhaustive reworking of Enslaved's early nineties output, from the 1992 "Yggdrasill" demo up through 1997's "Eld."  Enslaved created an absolute blur of caustic and frigid black metal symphonics; as a band they were technically light years ahead of many of their contemporaries, and before they began leaning towards a more progressive concept of black metal, the work they turned in left a scarring mark on the Scandinavian musical landscape.  In working with these five recordings, I have sought to bring out both the extreme violence and intensity of Enslaved's approach as well as their loftier conceptuality, their penchant for demanding thought and consideration from their listeners.  Enslaved's project extends well beyond music, especially as they've moved further away from their BM roots.  Allow this set to be a meditation and a conflagration.
Packaged in a twin volume DVD case in a limited edition of 5 hand-numbered copies.  $50 ppd. in the United States, $63 rest of world.

ORDER HERE: www.altarofwasterecords.storenvy.com
Posted by Author at 11:41 AM