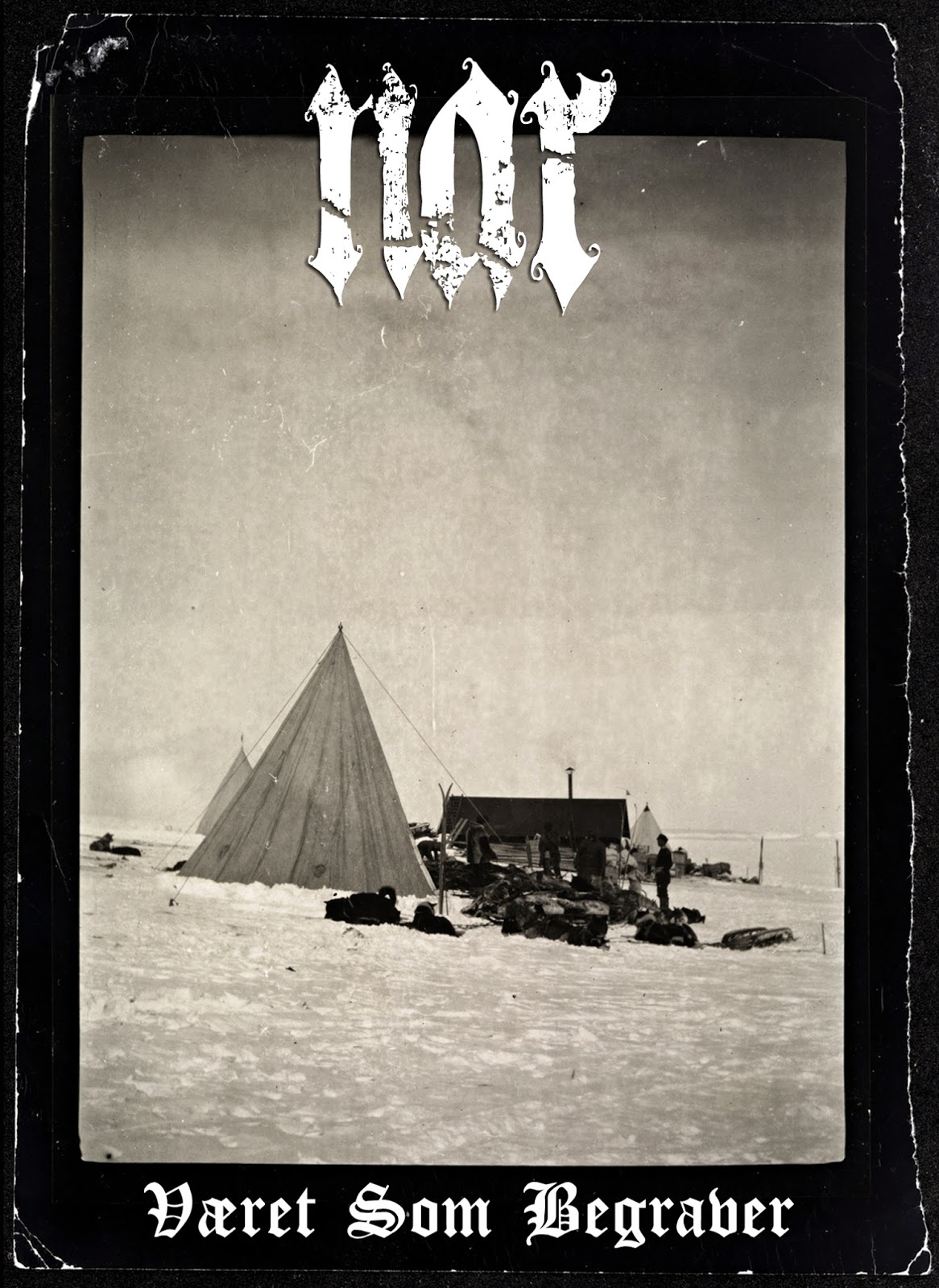 PLEASE NOTE: After discussions between Nar and myself, we've decided to offer all of the albums from our split singly.  The box set will still be available for those that want it; we just recognize it's quite expensive, especially for our friends overseas, and we both love the works enough that we want people to be able to acquire them in a more affordable manner.  The albums themselves are not numbered, as the numbering was done on the box sets.  Each album is an edition of 15.

The first of Nar's two albums from our split released early this year, "Vaeret Som Begraver" is simply superlative void-worshiping HNW of the absolute highest caliber.  Massive, deep, crumbling walls of endless cold and numbness.  The three engulfing pieces here seem infinite and frighteningly yawning, like the sound of dimensions folding in the cosmos.
Packaged in a DVD case, in an unnumbered edition of 15 copies (only the box sets are numbered.)  $10 ppd. in the United States, $23 rest of world.

ORDER HERE: www.altarofwasterecords.storenvy.com
Posted by Author at 11:29 AM