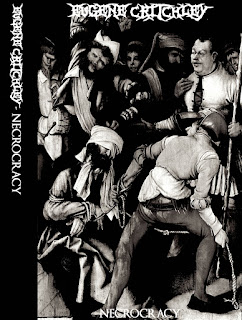 A very special Eugene Critchley release recorded especially for Xmas 2016.  Even though this is still the standard droning bass-heavy walls the project is known for, the overall tone is a bit more sarcastic.  I don't want to spoil anything, but i'll just say this: I don't believe in God and i despise religion.
Dubbed onto black cassettes and released in a limited edition of 10 hand-numbered copies.  $10 ppd. in the United States, $26 rest of world.

ORDER HERE: www.altarofwasterecords.storenvy.com
Posted by Author at 3:14 AM