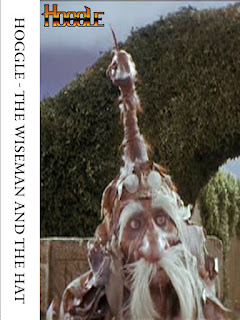 VERY excited to be releasing this lengthy cassette from Hoggle, as it's been in the works for a truly long time!  Hoggle has been one of my favorite HNW projects since i started Altar Of Waste, and I believe Joe and I began talking about doing this release together 3 or 4 years ago; i'm very excited to finally see it come to pass!  Hoggle is Joe's project based off of the beloved film Labyrinth, retaining the film's darkness and quirkiness in the walls that manifest themselves on this cassette.  What I like best about Hoggle is that across all of the project's releases, Joe has really mapped out the universe of the film and paid homage to all sorts of pieces of its world; Hoggle's releases seem to very much work as a narrative and a journey across the landscape of the film.
The four walls here, too, are excellent, and very thoughtfully composed.  Loud, scathing, and choked with lovely textures, the pieces here are alive with a fierce and blistering energy.
Dubbed on green cassettes and released in a limited edition of 20 non-numbered copies.  I don't expect this tape will be around for long, as Hoggle material gets snatched up pretty quickly.  Don't sleep on this one.  $10 ppd. in the United States, $26 rest of world.

ORDER HERE: www.altarofwasterecords.storenvy.com
Posted by Author at 9:59 AM