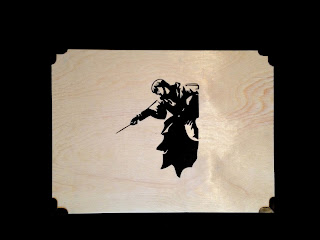 This one might take a few people by surprise.  The "Harry Potter" films are an epic cycle for me on par with Peter Jackson's work with the Tolkien mythology, beautiful and masterfully made classicist films that both revere and reinvent their source material.  David Yates' "Harry Potter and the Half-Blood Prince" stands as my favorite of the HP films (as well as my favorite book in J.K. Rowling's series) for its muted approach to what is ultimately the most tragic series of events in the story overall, as well as for its gorgeous cinematography (the burning of the Weasley home and subsequent battle in the wheat field, the Cave Of Despair sequence, and Slughorn's haunting memories of Tom Riddle) and its wonderfully minimalist score by Nicholas Hooper, cradling the events of the film in a moody and affecting palette of ambience that stands apart from the music found in the rest of the film cycle. 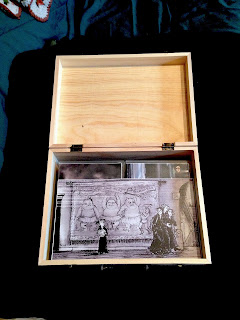 In working with Hooper's score, I wanted to go deep into the hushed and haunted tone of the film and create pieces that reflected the overall atmosphere as I perceived it.  This is my true and gushing love letter to the drone, with the pieces found on this set touching on virtually every style i'm known for: deep, stagnant, ominous tone baths, greyed out deathwashes, shimmering Tim Hecker-like blissouts, and despairing glacial expanses of sorrow.  If i'm remembered for anything as a drone artist i would like it to be this set-i have never been more proud of anything I've created and I am honored to share it with those who support me and Altar Of Waste.
There is an astonishing amount of material here.  The first 15 discs are my rework of Hooper's soundtrack proper, an exquisite assemblage of drone and ambient that manages to be both elegant, elegiac, and menacing in its scope.  Discs 16-20 are alternate HNW versions of some of the soundtrack pieces, as well as original synthesizer drone compositions made by me in honor of the film.  Also included is a super secret bonus disc, an hour long synth composition entitled "Hermione" in tribute to the lovely young heroine who helps Harry out of many a difficult situation across the span of eight films. 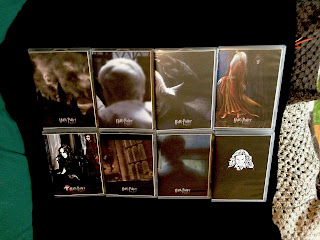 Packaged in a wooden box with locking metal clasps, with the discs themselves housed in eight of the traditional Altar Of Waste DVD cases (the soundtrack rework proper in three 5-disc capacity cases and the remaining supplementary materials in their own single and double cases).  Also includes an informational insert.  Released in a very limited edition of 5 hand-numbered copies.  I went to a lot of work to create this package and I think it's pretty damn rad.  I know it's expensive but i truly believe the price is fair considering the amount of music (nearly 22 hours) housed in the boxes and the considerable amount of time it took me to make them.  $150 ppd. in the United States, $162 rest of world.  No trades on this one.

ORDER HERE: www.altarofwasterecords.storenvy.com
Posted by Author at 11:35 AM