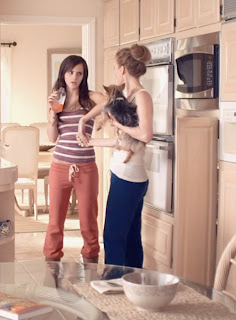 Sofia Coppola is one of my very favorite directors and I've long wanted to work with one of her films.  Few filmmakers have so perfectly diagnosed and illustrated the utter vacuousness, banality, and tired sadnesses permeating the heart of modernity.  The Bling Ring may be her best work in this regard, an absolutely amazing depiction of youth culture and celebrity obsession existing at the very end of self-consciousness, where definition becomes a matter of the shit you've stolen and the fantasy clothing you wrap yourself in.  Alternating between nights of pointless, empty partying and self-aggrandizing and late-night parades through the homes and closets of celebrities too remote to lock the doors to their vast expanses of material possessions, Coppola maps out a philosophy of entitlement and consumerism that betrays the growing disaffection of young people as we stagger towards the end of culture.
In working with the soundtrack I have tried to mirror the film's pacing, with the first three discs being the more aggressive and flashy of the set.  Massive psychedelic walls of screaming noise combine with washed out club bangers and crushing percussion loops, creating a numbing repetitive sort of "dance noise" that crumbles and glitters simultaneously.  The last three discs retreat into psychic oblivion, with frigid washes of empty graying ambient mirrored by caustic HNW of the emptiest sort, all struggling to eradicate a sort of sickly sweet loveliness stinking of illusory nostalgiah and connection.  I feel i have done a successful job in interpreting Coppola's thematics and this set stands as a personal favorite amongst my works, reveling in a mass of new sounds and techniques while existing well within the defined confines of my projects. 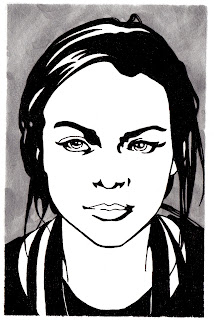 For this release my girlfriend Gina Newman created a set of 10 art prints to accompany the record, focusing on the items stolen by the Bling Ring and the celebrities they stole those items from.  The pieces are very striking, clean and detail oriented, a hallmark of Gina's meticulous work.  Signed and numbered by the artist herself, each set comes with two of the original (one item and one celebrity) prints plus a smaller facsimile set of the entire run.  The originals are suitable for framing if you like.
Also included is a bonus disc created by me using dialogue from the film, a chilly excursion into nothingness that stands as a fitting closer to a film ultimately about the waste and hollowness growing rancid at the bottom of the cultural pool.
Packaged in a twin DVD case with the artworks sent along in a clear plastic bag.  Released in a very limited edition of 5 hand-numbered copies.  $45 ppd. in the United States, $57 rest of world.

ORDER HERE: www.altarofwasterecords.storenvy.com
Posted by Author at 6:44 AM